home Lifestyle Vitaly Zdorovetskiy's Girlfriend Kinsey Wolanski - Who Did She Date Prior To The Prankster?

Vitaly Zdorovetskiy's Girlfriend Kinsey Wolanski - Who Did She Date Prior To The Prankster? 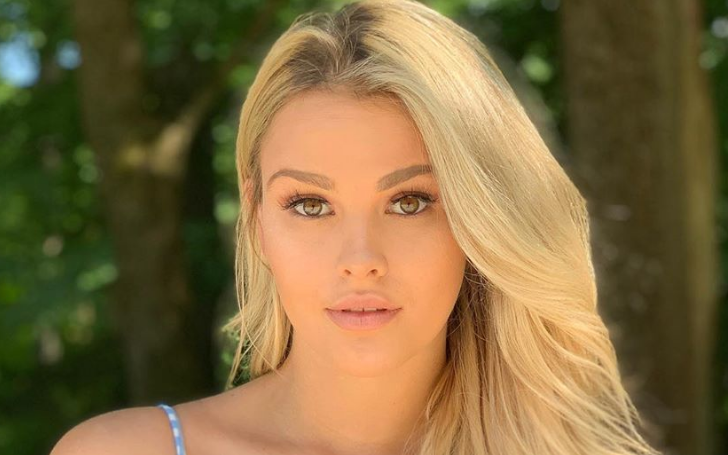 After few flings and hookups here and there, Kinsey Wolanski is now much happy to be with Vitaly Zdorovetskiy.

Well, you obviously know the name, and you for sure know who she is after her recent pitch invasion of the European Cup final during the match between Tottenham and Liverpool.

We are talking about none other than Kinsey Wolanski, the famous Russian Model, and girlfriend of a notorious prankster, Vitaly Zdorovetskiy.

In a story covered by Glamourfame recently, we found out about the relationship between Kinsey and Vitaly, who completed their one year on May 18 of 2019.

Vitaly posted a very touching statement to address their one year of togetherness on Instagram. The prankster wrote: "Happy One Year Anniversary to my ride or die, it’s been a year but feels like ten, we been thru everything and that everything is fucking amazing..."

The prankster's post was a rather long one, and as always, amid an emotional message, he had to include something stupid as well.

After those silly lines, the prankster helped himself and got back on a serious note and wrote, "thank you for traveling the world with me, Turkey-Iceland- Israel- Netherlands- Italy- UAE-France-Mexico- Greece- South Africa-Spain-Belgium and many more. Thank you is not enough!! I love you, @kinsey_sue. ❤️"

As we can see, it's evident the couple is in love for good, and they are pretty much unshakable. But, many people want to know who are Kinsey's former flings or lovers.

Well you might have guessed already, Kinsey's past is full of lists of boys (and men) that she has been with, but that's not true at all.

Though there were people in Kinsey's life before, they were very few, which were short-lived.

Rumors say the 22-year-old model dated one of DVBBS members, Christopher van den Hoef. The two met in Sacramento events in 2016, which lasted for not more than a month.

The Russian model then was linked with one of the Sports Illustrated photographer, Ryan Dwyer. This time, Kinsey stayed for a longer than expected with an LA-based photographer.

There were a few others with whom Kinsey's name was linked as the Russian model was once reported to be with one of the members of 'Beyond Travel' but lacks details.

After few flings and hookups here and there, the Russian model is now much happy to be with the Russian prankster, Vitaly. The couple is one of a kind, and we love to see them together.

The couple helps each other in their project as we have recently seen Kinsey promoting Vitaly's new project, 'Vitaly Uncensored.'

Kinsey also helps Vitaly on his pranks, while Vitaly is very supportive to Kinsey and never misses a chance to show how much he cares for her.

We hope nothing but the best for this beautiful couple who raised the bar high for all the couples around the world.