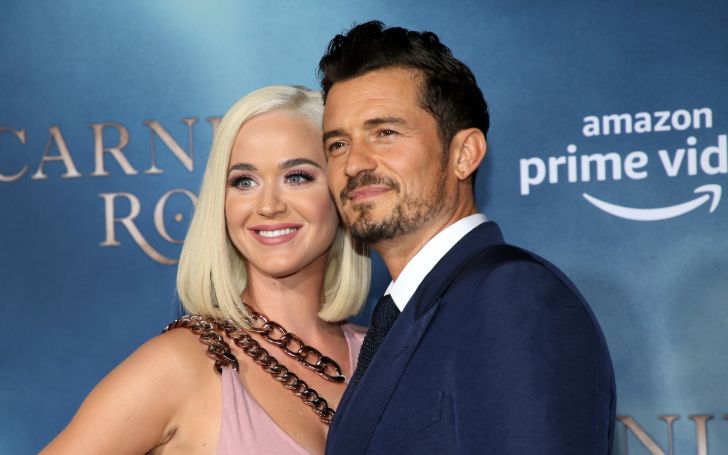 The most trending news in every media right now, Is Katy Perry Pregnant? And we are so happy to share this news with you guys that our beautiful artist, Perry, is about to give birth to a cutie-pie with her current boyfriend Orlando Bloom with whom she exchanged engagement ring.

The news about Katy Perry Pregnancy becomes more hyped after her new music video, Never Worn White, where she, in the end, showed a glimpse of a baby bump. She shares her unborn child with her fiance Orlando Bloom with whom Katy was planning her wedding in 2020.

The 35-year-old singer dropped her music video on Wednesday night. Further, Perry confirmed the news with her fans on an Instagram Live.

After lots of ups and downs in Katy and Orlando relationship, the pair are finally giving birth to a beautiful child together

As we stated earlier, Katy released the news to her fans in her recent music video and, later on, made the announcement of her unborn child on her Instagram by going live with her followers.

You Might Even Like:  Good News! Shay MItchell Is Pregnant with her First Child, Five Months After Miscarriage

Perry also showed she was relieved not keeping the news a secret anymore in her tweet by writing, 'Omg so glad I don't have to suck it in anymore.'

As per Dailymail, the American Idol Katy is very excited, and happy to share her one of the longest secrets through a piece of music.

The pair of Katy and Orlando met each other on January 10, 2016, at a party. The love birds seem to have great chemistry in their first meeting.

In April 2016, Perry and Bloom attended the annual Coachella Music Festival together. After spending some time, Katy announced her relationship with her new boyfriend, Orlando.

Also See: Is Lisa Vanderpump Getting Another Spin-Off Amid News She Is Leaving RHOBH?

The love birds shared their time in Italy. In the same month, a source told People that Orlando "always gushes about Katy and thinks she is amazing in a million ways," and would not mind starting a family with the singer. "He would love to settle down with Katy and have more kids. He hasn't been this serious about a girl since Miranda."

After spending some time together, the pair went separate ways on February 28, 2017. They broke up, but Katy and Orlando couldn't stay away from each other and later patch up their relationship.

According to Ellen, the love birds, Perry and Bloom, announced their engagement on February 15, 2019, and are still planning their martial ceremony. Hopefully they will create a happy family with each other.