home Entertainment What a Gesture! Leonardo DiCaprio Announces He Will Donate $5 Million for the Amazon Rainforest Fires

What a Gesture! Leonardo DiCaprio Announces He Will Donate $5 Million for the Amazon Rainforest Fires 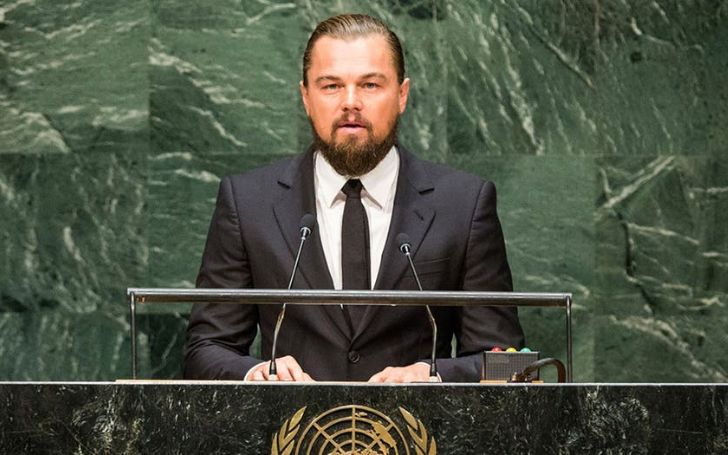 Leonardo DiCaprio proved he is not a hero only in the reel.

As everyone is aware of the fact that the superstar Leonardo DiCaprio has got a great heart and always been considerate when it comes to preserving Earth's biodiversity and supporting renewable energy.

And this time also Leonardo proved he is the great environmentalist and nature lover, pledging $5 million through his environmental foundation, 'Earth Alliance', which he created with philanthropists Laurene Powell Jobs, who is currently dating celebrity chef Daniel Humm and Brian Sheth.

It comes amid after the world largest rainforest, Amazon rainforest which produces 20% of the world's oxygen, has been burning at the record rate for three weeks now and is not likely to stop any time soon.

Moreover, the fund will also focus on providing critical resources for indigenous communities and local partners working to protect the life-sustaining biodiversity of the Amazon against the surge of wildfires burning across the region.

DiCaprio who recently starred in Quentin Tarantino hit movie, Once Upon A Time In Hollywood disclosed the reason for funding in his Instagram post shared on 25 August;

to focus critical resources for indigenous communities and other local partners working to protect the life-sustaining biodiversity of the Amazon against the surge of fires currently burning across the region.

Moreover, Leonardo also urged his 34.4 million followers to donate the fund, promising that 100% of the donation raised will go directly to partners who are working on the ground to protect the Amazon.

Meanwhile, the G-7 nation will also provide around $22 million as an emergency fund to prevent fires in the Amazon rainforest. Moreover, the G-7 nation consists of Canada, France, Germany, Italy, Japan, the U.K., and the U.S., which represent 40% of global GDP.