home Entertainment What If Amber Portwood & David Eason Were A Couple?

What If Amber Portwood & David Eason Were A Couple? 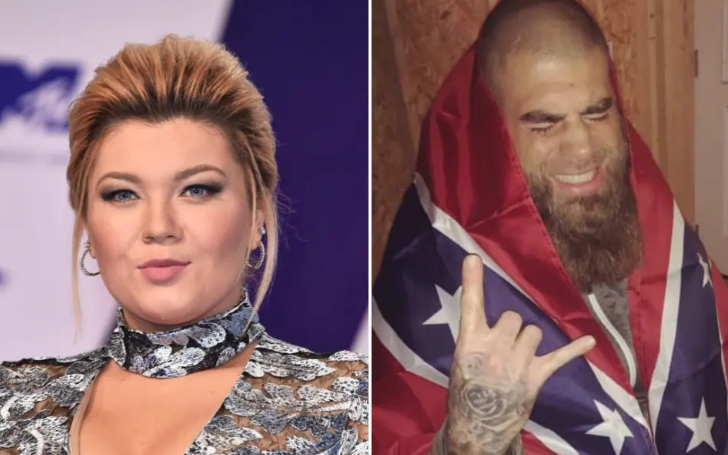 The possibilities are endless.

This is the question of the century, if not the millennium. We are just having a usual coffee break at our office, and someone from our group just popped this question.

What if, David Eason - who accused Barbara Evans of abusing a two-year-old - and Amber Portwood, were a couple? Let us tell you this; It won't be as fun as it sounds. We are talking apocalypse here.

The most violent persons put together for what? For destruction obviously. You can expect some chase around with knives and machete.

Even worse, a psycho killer on the run with a firearm. We guess, when Eason is with Jenelle Evans, at least she is keeping him on a leash for a thing or two. By the way, do you know Jenelle thinks Amber is worse than her husband? We don't want to comment on this though.

We mean, at least we can feel a little safe when David is with Jenelle - who blasted Leah Messer amidst full-blown feud. And that's just for the sake of feeling safe though. Otherwise, we really don't feel safe at all.

But what will happen if Amber meets Eason, (see how deadly combination it looks.) Moreover, we were anxious about the kids. What would have happened to those innocent kids, we don't even want to imagine.

But again, one of the members of our group had a different idea for the two. And he had some good points too. He mentioned it's all about compatibility.

We always tend to focus on the bad or negative side of the person or life, but who knows, they might have ended up as the power couple.

We really think they would look cute together.
Source: US Weekly

We can't really deny the possibilities are endless. So, we don't know if you have heard of this or not, but when two bad people meet, they tend to be good friends.

At least that's exactly what we have seen our entire life in movies and stuff. And a few things really apply to real life, for instance, like-minded people attract.

So maybe who knows, the two could have ended as the most romantic couple of Teen Mom's. Who knows! After all this, we thought they would look really cute together! (now you can laugh)

But, again, we really don't know what would have been with the people around them! That's still what we are learning to visualize...