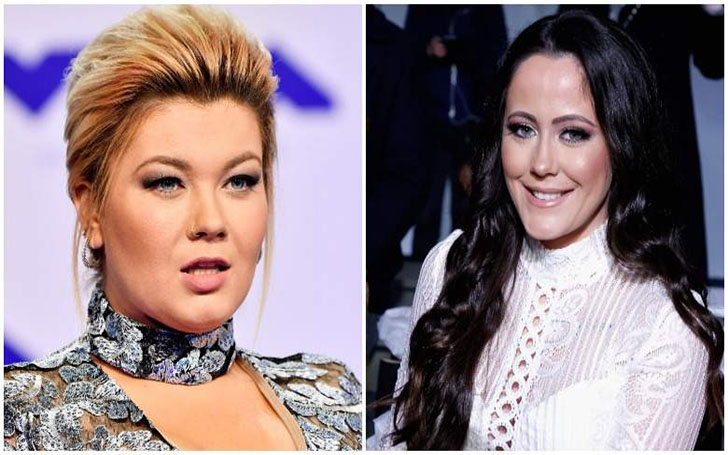 Jenelle Evans thinks Amber Portwood is worse than her husband!

Amber Portwood is currently dominating the headlines for an incredibly unwanted reason. She is accused of trying to attack her boyfriend Andrew Glenon with a large Machete while he was holding their child. In addition, Andrew even owns a proof to justify that Amber hit him on the neck with a shoe!

Under all these allegations and chaos, Amber's haters and opponents are receiving an open invitation to criticize and mock her. And Jenelle Evans in no mood to let go of her opponent Amber's domestic violence story!

When the story about Jenelle's husband, David Eason shooting their family dog Nugget came up, Amber was one of the first people to drop a sarcastic tweet on the topic. Even though she didn't point out any names, her comments were very obvious and it was addressed to David. She further went on calling David a coward and a disgusting clown. Amber wrote:

I swear I can't say names because that's just me and I don't want to disrespect anyone. But there's a certain "man" that needs a couple interventions....I'm so heated. I'll give you attention..#tryme #Clown

Now that the tables have turned, Jenelle is making sure she gets to enjoy the change of events. According to her, David is much better than Amber and is at least protecting their child instead of posing as a threat to them.

Jenelle posted a tweet addressing the story of Amber's abuse stating that she at least learns from her mistakes. She is proud of David's completion of anger management class and says their family is moving past the incident. Jenelle even seemed to be upset that MTV did not cover the dismissal of her case and focused more on dramatic issues like that of Amber. She made sure to include that in her tweet.

Jenelle even believes that David being publicized as a threat was not fair. Amber is accused of wielding a sword at her boyfriend and son, Jenelle is arguing here that Eason merely shot a dog to protect his daughter! The seemingly furious Jenelle wrote a sarcastic tweet stating how people considered David a threat over Amber.