home Entertainment Who is Barack Obama' Daughter Malia Obama Dating? Know about her Boyfriend and Affairs

Who is Barack Obama' Daughter Malia Obama Dating? Know about her Boyfriend and Affairs 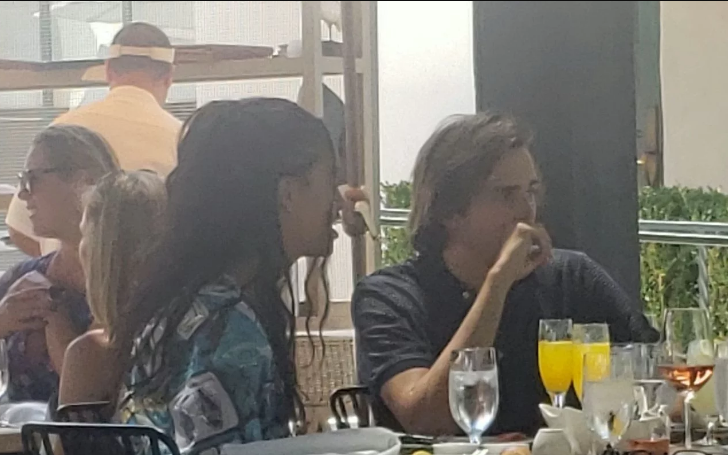 Some of you might be wondering if the former First Daughter Malia Obama has a boyfriend. Well, this might not come to you as a surprise, Malia has a long-time British Boyfriend.

British lad, Rory Farquharson, and Malia Obama are dating for two years, and the couple is everything all pairs should aspire.

Rory met Malia as a classmate at Harvard; the news of two dating spread after the couple was first pictured kissing at a football game in 2017, and what can we say, they are still going strong.

Who is Rory Farquharson?

Rory Farquharson was a head boy at Rugby School, one of the most prestigious private schools in the UK. Rory, along with the head boy, was a rugby player and a member of Golf teams.

Rory is believed to be very smart when it comes to studying, as all you know, getting into Harvard is not a joke, which requires a 4.1 GPA.

Also See: Everything You Need To Know About Maisie Williams' Boyfriend Reuben Selby!

Well, that's not at all, some people claim Rory was famous and pretty much a heartthrob. Basically, everything packed in one.

Malia Obama and Rory Farquharson started at Harvard in 2017, and ended up meeting there. According to some reports, Malia and Rory are classmates in Law class.

The world came to know about Rory and Malia dating after the couple was seen kissing at a Harvard vs. Yale American football game in November 2017.

Rory Farquharson comes from a well-off family, Rory's father is CEO at Insight Investment Management Limited and his family home in Suffolk is worth $2.07 million.

It seems like Rory's family is cool with him dating Malia, as once former First Daughter was pictured at brunch with Rory's father and brother.

Given this, and the fact the couple is dating for two years, we can pretty much guess, Malia has introduced Rory to her family as well.