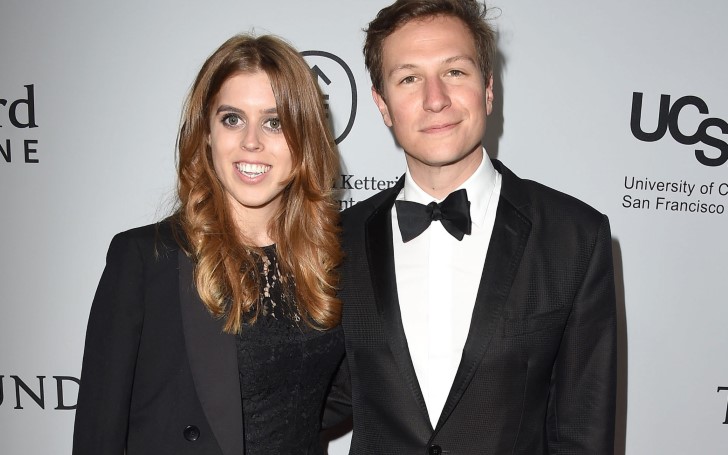 Sorry to break it you boys and girls, but Princess Beatrice of York is officially taken. Yes, you heard that right.

Last year it was Beatrice sister, Princess Eugenie of York who walked down the aisle and hopefully this is her year's to tie the knot.

The news of the 30 years old Princess comes after Beatrice made her foremost public appearance with 'then rumored' boyfriend Edoardo Mapelli Mozzi together at the recent 2019 Portrait Gala event.

Well, since you're here, you must be wondering who the lucky guy aka Edoardo is that stole our Princess' heart. Like what is it in him that Princess Beatrice chose him over the rest of the other hundreds of guys out there. Well, you're not alone, we feel you. But, don't worry we have all the detail information about Mr. Mozzi. Oh, and not to mention, he is very handsome and attractive.

You may also like: Lori Loughlin Dealt a Big Blow as she loses Lucrative TV Gig over College Cheating Scandal

Son of Count Alessandro Mapelli Mozzi, Edoardo Mapelli Mozzi, 34, who lives in London is a millionaire businessman who works as a property developer. He is the founder and a CEO at his own company, Banda, established in 2007, that develops already extravagant properties and renovate them to the new demands.

Mozzi, nicknamed Edo by his friends, also shares the same interests for charities like his partner, Princess Beatrice. He is the founder of Cricket Builds Hope, a charity that helps in making positive social change in Rwanda with the help of cricket. Mozzi, a philanthropic and an entrepreneur both? More reasons to admire him already.

Before the businessman even got close with Princess Beatrice, Mozzi's family already shared a close connection with the Royal family. His late step-father, Christopher Shale, a politician was already friends with Princess Beatrice's parents, Prince Andrew, and Sarah Ferguson as well as with the former British Prime Minister David Cameron. Shale died in 2011 at Glastonbury music festival due to natural causes.

Mozzi is a father to two years old son, Wolfie Mozzi he shares with his former fiance, Dara Huang.

Meanwhile, Mozzi and Princess Beatrice started dating in late 2018 shortly after the big wedding of her sister, Princess Eugenie. Since then, the couple has even spotted together publicly. The two even went on a romantic vacation in Kenya.

Princess Beatrice previously dated Dave Clark, her long-term boyfriend of nearly ten years. The two called off their relationship in 2016.

Now, we can't wait for the next Royal wedding.