Who Is Love Island Contestant Yewande Biala? Grab All The Details Here! 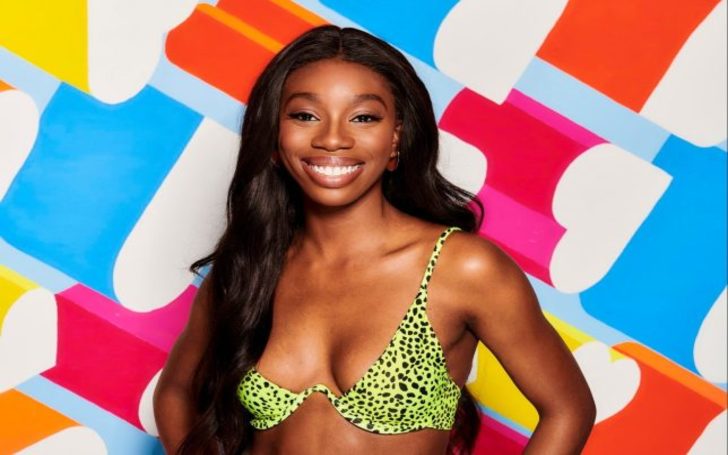 All the details you need to know about the beautiful Yewande Biala from Love Island.

Gone but not forgotten.

Yewande Biala might not have succeeded finding love on Love Island, but she did succeeded winning thousands of hearts and fans in the UK.

The new girl in town aka Yewande Biala quickly rose to fame after she debuted on the fifth season of Britain's most famous and beloved reality show, Love Island.

Before the entrance of Arabella, both Yewande and Danny were working out to build up their romance. As the viewers acknowledged, Yewande struggled to open up with her feelings, something the upfront Danny wasn't pleased with.

Yewande soon came under threat after Danny went out on a date with Arabella. Consequently, their love triangle ended last weekend.

In the beginning of the show, Yewande, however, was coupled with Michael Griffiths instead of Danny, but the two eventually couldn't form any chemistry between them.

Speaking of Danny and Arabella, Biala said: "She knew she wanted Danny. I feel like if he does get to know her, it’s not going to work. There are so many factors – they’re so different, and the age gap. ‘You have to be realistic. He’s just starting his life – he’s only 21. They are in two different phases of their lives. In the villa, it’s very easy to forget."

Besides, she also had a message for Danny as she confessed before leaving: "What goes around comes around. Have a nice life."

Following Biala's elimination on Love Island, the fans must be wondering what and where she is up to?

The young and beautiful woman who is only 23 (as of 2019) making her one of the youngest contestants in villa apart from Molly-Mae Hague and Tommy Fury, is a scientist.

Many of the fans clearly came off shocked to learn the truth of her career background, but, clearly, science had no formulas to find her love.

In addition, she graduated with a degree with first-class honors in Biotechnology from Athlon Institute of Technology, Athlon, Co. Westmeath, Ireland.

Biala then attended Dublin Institute of Technology from where she earned her Master's degree in Pharmaceutical Quality Assurance and Regulations.

You Might Also Like: Love Island Star Jack Fincham to Take on Girlfriend Dani’s Dad Danny Dyer in The Boxing Ring

Yewande is a major Anthony Joshua fan and seeks a man like him one way or another.

The beauty with the brain in the meantime is currently staying away from dating life as she said she wants to heal and focus on herself.