home Entertainment Who Is Naomie Olindo Dating? Get To Know Her Boyfriend As Well As History Of Past Affairs!

Who Is Naomie Olindo Dating? Get To Know Her Boyfriend As Well As History Of Past Affairs! 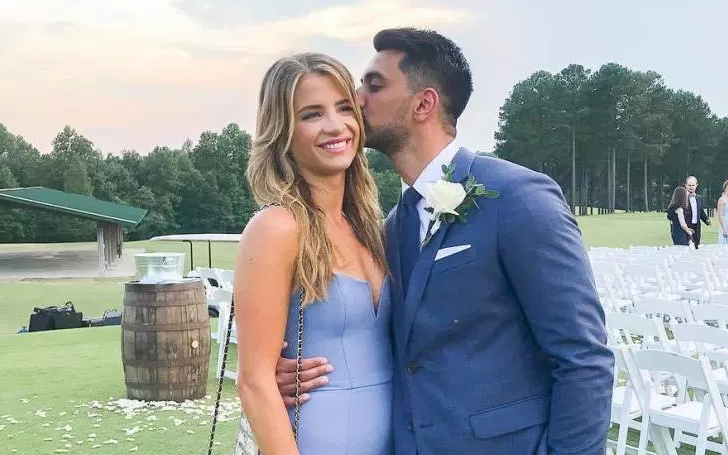 Our very own 'Southern Charm' girl Naomie Olindo is back to the show with a big announcement.

Despite Naomie claiming she would never involve her love life with reality TV again, we found out that the TV personality introduced her new boyfriend.

Let's dig into the topic and find out about recent love life of the 27-year-old TV personality.

Who is Naomie Olindo's Boyfriend ?

Naomie Olindo came strong and introduced her new boyfriend, Metul Shah. However, how and when did they meet is still unconfirmed but they announced their relationship in April 2018.

The 27-year-old TV personality announced her relationship with Metul with a rather unique approach. She posted a picture on her Instagram with the caption 'Pray 4 him" and made their relationship public.

It was love at first sight for both Metul and Naomie and they don't even remember who made the first move.

Metul Shah, 28, is a Charleston-based resident physician in anesthesiology. Shah started his residency in June 2017 and has been working ever since.

Shah said that he talks his job very seriously but still finds time for his love of life, Olindo. The couple is often seen posting pictures together on their Instagram account. Their account is literally filled with the pictures of their good times.

Though Olindo introduced her boyfriend, Metul, on the Southern Charm's premiere last week, the couple is dating for a year now. The couple has come a long way and even introduced each other to their families.

Traveling also seems a big part of the couples as they are often seen enjoying luxurious holidays abroad. Altogether, the couple seems perfect!

Naomie Olindo before dating Metul Shah dated Craig Conover. Her relationship with Craig was filled with insults as Conover was very disrespectful with Olindo.

Naomie broke up with Craig in 2017 and the former couple said that they were different and things did not work out between them.

The former couple also added that they were dealing with stresses and they even tried to move in together and went for couple therapy together but that did not work for them.

After breaking up with Craig Conover in 2017, Olindo met Metul Shah and she claimed that her relationship with Metul is "so normal, so stable, and nice, which is a complete 180 from her explosive insult-filled relationship".