home Lifestyle Who is Paula Abdul's Husband in 2021? Learn all About Her Married Life Here

Who is Paula Abdul's Husband in 2021? Learn all About Her Married Life Here 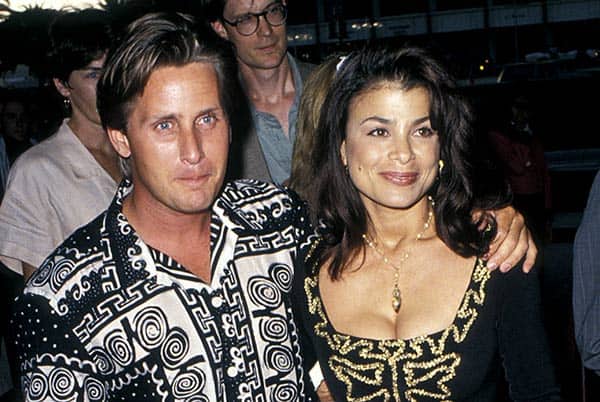 Paula Abdul's Husband And Her Married Life: Everything There's To Know About Her Personal And Romantic Life!

People recall her as a judge to many singing and dancing competition television series like "American Idol", "X-Factor", "So you think you can dance", "Live to Dance", etc. But she is a celebrity known beyond her bits as a judge to these shows.

Born Paula Julie Abdul on June 19, 1962, in San Fernando, California, she was raised in a Jewish household. Paula is a veteran American dancer, singer, actress, choreographer, and television personality.

Her debut studio album "Forever your girl" was the most successful debut album in history ranking number 1 on Billboard 200 chart.

The talented performer is however also known for her controversial personal life and few wrong encounters with the law. Continue reading to learn about Abdul's short-lived married life and more.

Who Is Paula Abdul's Husband!

The Grammy-winning singer had two failed marriages in a decade. Paula and her first husband, writer-director Emilio Estevez made for the most attractive couple in their times.

The duo was loved for their coordinating chemistry. They wed in a private ceremony at the Santa Monica courthouse in April 1992 and had an amicable breakup in 1994.

Just a year after her divorce, Paula ties the knot with clothing designer Brad Beckerman in 1996, the duo stayed hitched for only 17 months before filing for divorce in 1998. Their union was titled married for a moment in the 1990s.

Don't Miss: What is Joe Fournier's Net Worth in 2021? Learn all the Details Here

The American Idol star since her second failed marriage battled severe health issues and simultaneously has been involved with a number of A-listers.

After becoming a renowned star in her field, Paula Abdul had the clout to hire the "nicest guy" Keanu Reeves in her music video "Rush Rush", rumors soon surfaced about their romance, addressing the rumor, Paula said she wished Keanu was her boyfriend.

Paula Abdul was linked to Keanu Reeves after they starred in her music video.
Photo Source: NME

A crush to men and women alike, Paula's fans couldn't contain their happiness when her name was linked to Janet Jackson and Lorraine Bracco back in the days. Although the news was never confirmed by Paula herself, it is still believed that Paula is indeed sexually promiscuous.

Paula Abdul, now 58 years old is not only thriving but kicking apparently. Since her comeback in 2016 after her two-decade of long hiatus, Paula has performed a total of 72 shows parted in two tours.

Paula Abdul made a comeback in 2016 after her two-decade-long break.
Photo Source: Article Bio

In 2019, she announced her first Las Vegas residency and opened LA pride in support of the LGBTQ community the same year. Abdul is set to return as a guest judge in "American Idol" in 2021.

Along with a great revival of her career, Paula hasn't missed out on dating either, in 2021, she is believed to be dating a successful restaurateur and a hospitality mogul JT Torregiani.