home Entertainment Why Are Fans Laying Into Love Island’s Joanna Chimonides On Twitter?

Why Are Fans Laying Into Love Island’s Joanna Chimonides On Twitter? 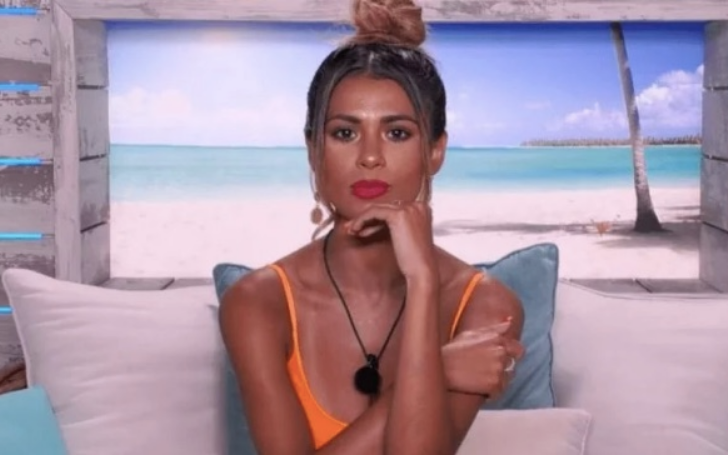 Joanna Chimonides behavior before leaving the show caused massive outrage on fans, and people started fuming about her behavior on social media.

Last night was one the most important and full of twists episode of the show, Love Island, as Islanders had to choose between two couples, (Jordan Hames /Anna Vakili and Michael Griffiths /Joanna Chimonides).

The Islander chose the former. However, another twist came after that. The Islander had to choose between Michael and Joanna, and Chimonides got dumped.

But that's not why fans are laying into Joanna on Twitter. Joanna Chimonides behavior before leaving the show caused massive outrage on fans, and people started fuming about her behavior on social media.

As seen on the clip, Joanna shushed Michael as she grabbed him by cheek and exploded with anger.

Joanna said, "If you found what you want, then you better leave mate. But you clearly aren’t so you’re a f*cking snake.”

That was a very unnecessary and unacceptable behavior for many fans after which they took to Twitter to call Joanna out.

One angry fan wrote, “Joanna, you’re disgusting! I’ll admit it I don’t like Michael that much, but you went too f*cking far! You don’t need to dig your nails into his jaw learn some respect because it would be different if he did that to you now wouldn’t it."

Another said, "I am not a fan of Michael AT ALL; the way he’s treated amber and continues to treat her is awful. However, the behavior Joanna exhibited towards him last night was disgusting, grabbing his face like that, imagine if he’d done that to one of the girls? So f*cked up #LoveIsland“.

After leaving the show, Joanna said she is a bit gutted she is not in the villa for a bit longer, and did not get to know Michael more but the model shared she had a fantastic experience.

In her defense, Joanna said she wanted Michael to leave with her. However, Chimonides don't want to be in control of someone's life journey and if Griffiths intends to continue in the Villa.

“It is a bit disappointing, but I’d never hold that against him. I am a bit in limbo about how I’m feeling about Michael," Joanna shared.

Though Joanna said it's okay, it did not look like she took it in a sporting manner, instead grabbed Michael by his cheeks.

Recommended: Who Is Anton Danyluk? Get All The Details Of This Scottish Love Island Contestant!

Joanna, however, left the show on an emotional note as she said, "We got along well and had lots in common and laughed together but for me, I need to put it on pause and then we can see what happens when he leaves the villa. I would 100 percent go back into the villa if I was given a chance to relive the experience again and also see where things go."