Why Did Guillermo Del Toro Leave The Hobbit? 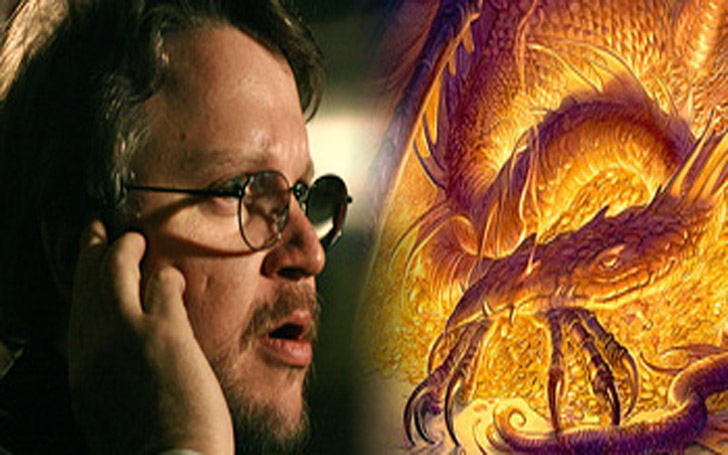 Guillermo del Toro was set to bring his flair and visual style to The Hobbit but he left even before filming a single scene.

In 2008, when Guillermo del Toro was hired as the director for the new 'Hobbit' movie(s), he was not a well-renowned director. He was starting out, and 'The Hobbit' would’ve been a career-defining saga for the director.

Guillermo probably wasn’t a renowned director, but he was still a pretty accomplished one, 'The Devil’s Backbone' was a critical success, 'Blade II' is still our favorite Blade movie (which is set to come to the MCU in the future), the new Hellboy puts into perspective how beautiful the two previous Hellboy movies were and then there was the one movie which is the masterpiece of Guillermo’s career, 'Pan’s Labyrinth'. From those movies, you can see, the man was a genius, and he was a visionary who knew exactly what he wanted.

In April 2008, Guillermo was hired for exactly those reasons, to bring his own vision and detailed visuals to the franchise which ended in 2003 with critical acclaim and record 11 Oscars. The plan for Hobbit started before The Lord of the Rings even went into development. In 1990, the book was supposed to be adapted into a movie, but Tolkien’s estate blocked the development for the film, and it was thrust into development hell. The Lord of the Rings came and went, and finally, the Hobbit development was given the go-ahead.

Watch: The best scenes from The Lord of the Rings series

Guillermo was ready for the movie, and he sought out advice from the director of the previous film, Peter Jackson, and his writing partners to collaborate on the script. Guillermo was a fan of the books like most people are, and he wanted to do the books justice, but after working on the movie for over two years, the visionary director left one of the coveted jobs in Hollywood in May of 2010.

After his hiring Guillermo moved to New Zealand to work on the script and lay the groundworks for the movie and the upcoming shoot. He wanted to bring his own style to the story and make the film more fairy tales like than what it turned out to be.

After he started his work on the script, the world he was trying to build just kept getting bigger, and the movie was turned into a two-parter. With the writers still working on the script and the production date nearing the newly added wrinkles kept pushing the release dates further and farther into the year.

The biggest problem with the movie wasn’t just writing and production delay though, there was a huge problem going on with MGM studio, which was financing the film. MGM was going through financial troubles, and the company tried to sell itself along with the $3.7 billion worth of debt it incurred over the years.

One of the biggest production companies of the past decade was going defunct, and as a result, Guillermo wasn’t holding a set production date. During all the trouble the company greenlit the project in May of 2010, which was the same month Guillermo left the project.

After much rewrites and production delay, Guillermo was finally ready to go, but the business side of things kept delaying the movie. It was the sentiment Guillermo relayed before he left the project, he said, “We have been caught in a very tangled negotiation. Now I have been on the project for nearly two years. We have designed all the creatures, the sets, the wardrobe, animatics, and planned action sequences, and we are very, very prepared for when it is finally triggered. We don’t know anything until the MGM situation is resolved.”

Guillermo was committed to other projects outside of The Hobbit, and the delays in production were just eating up his time and stopping him from fulfilling other future commitment. Guillermo wanted to make the new 'Frankenstein' movie as well as a 'Dr. Jekyll and Mr. Hyde' film which were in early production then, but his struggle to get The Hobbit on the shooting stage prevented the director from getting on any of those projects. After much hand wringing Guillermo decided it was time to leave the franchise and let someone else come in to make the movie.

As soon as Guillermo left the production was stepped up to hyperspeed which meant Peter Jackson was without any downtime to prep for the movie and he was shoved into a surrounding he didn’t build and a film someone else prepped he was just stepping in to direct. It is not how Peter Jackson likes to work, and The Hobbit saga turned into one of the biggest disappointments of the decade.

Peter Jackson himself said after concluding the final movie in the saga, he didn’t know what he was doing. Studio's greed to trying to make a 300-page book into three movies showed on the screen, and the Guillermo del Toro version of The Hobbit is the biggest mystery of modern cinema.

Guillermo is currently working on Nightmare Alley with Leonardo DiCaprio and Lord of the Rings series is coming to Amazon with J.A. Bayona set to direct and produce.