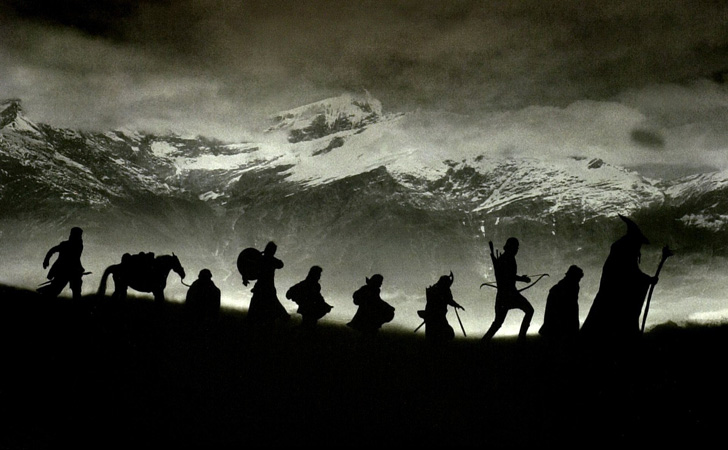 J A Bayona announced as the director of the first two episodes of Lord of the Rings.

Words came out that Amazon was developing a new live-action TV series based on the beloved book series Lord of the Rings by J.R.R. Tolkien, back in 2017. Since then, minimal facts have made it out of the tight lips of the Amazon studio. We got a report that the series’ development was in full swing and the storyboards plus the writing team stay inside a locked room protected by security guards.

Now finally we can be sure that the show is heading into production as Amazon Studio just announced (Juan Antonio) J.A. Bayona as the director of the first two episodes of the much-awaited show. Writers over at Deadline first broke this news.

Bayona is also said to be executive producing the show along with producing partner Belen Atienza.

J.A. is following in the footsteps of the legendary director Peter Jackson, who took on the impossible task of adapting the late great writer J.R.R. Tolkien’s magnum opus, back in 1997. This will be the biggest test of the director’s pretty young career as he has to reach the heights set by Peter Jackson and the young director is not taking things lightly.

Bayona responded after the announcement saying, “J.R.R. Tolkien created one of the most extraordinary and inspiring stories of all time, and as a lifelong fan it is an honor and a joy to join this amazing team. I can’t wait to take audiences around the world to Middle-earth and have them discover the wonders of the Second Age, with a never before seen story.”

This was the rumblings we heard all along, that the show would not in any shape or form base themselves on the books written by the legendary writer or the film adaptation. The world created by Tolkien is so vast that the Lord of the Rings looks like a small sandbox in comparison.

There are so many stories to tell within the 'Middle Earth', and we are glad the creators of the show are not rehashing something we have already seen. Rumors are circling that the show may deal with 'Numenor', something that is equivalent to 'Atlantis' of middle earth. The show, which is set thousands of years before the event of the movies, will focus on the creation of the ring of power and the rise of 'Sauron'.

All this information came from Amazon studio itself, who have already assembled a talented writer’s room with JD Payne and Patrick McKay as the lead writers. Even though the two are unknown quantities, both of the writers got their recommendations from director J.J. Abrams. Outside of their work in 'Star Trek Beyond', they have no other released work. But their scripts for 'Star Trek 4' and 'Flash Gordon' are currently in production.  Though unknown, a talented writer-director vouched for the two writers who will have the immense task to bring in something new and fresh to the series.

JD and Patrick are the lead writers, and recently the studio added some firepower to the writer’s room. Gennifer Hutchison of the Breaking Bad fame, where she wrote the lauded season five episode ‘Confessions’ and another veteran writer in Bryan Cogman who wrote the brilliant Game of Thrones episode, ‘The Laws of Gods and Men,” joined the crew.

After the announcement of the director the lead writers JD and Patrick has this to say;

We are thrilled to have J.A. and Belén joining the fellowship as we continue to develop this epic series. We have been great admirers of J.A.’s work for years, and know that his epic, cinematic, and deeply heartfelt aesthetic is the perfect sensibility to bring Middle-earth to life anew.

The rights to Tolkien's world was a massive coup for the heads of Amazon Studio as it was ramping up its original contents to compete with giants like Netflix, Disney, HBO, and WarnerMedia. With HBO greenlighting a possible three prequels based on Game of Thrones, Disney flexing its muscles with all the Fox, Disney and Marvel content and WarnerMedia trying to dive into original content with the recently announced 'Dune' series and animated Gremlins show. The competition at the top of the streaming race is ramping up, and Amazon is hedging its bet on fans wanting to see new Lord of the Rings material.

This will be a test for everyone involved in the making of the show. Bayona who rose to prominence with his critically acclaimed thriller 'The Orphanage', executive produced by Guillermo del Toro, got a 10-minute standing ovation at Cannes Film Festival. He later made his name by helming the sequel for the massive hit Jurassic World movie as well as directing the Academy Award-nominated movie 'The Impossible' starring Naomi Watts.

Watch: The trailer for the award winning movie 'The Orphanage' by J A Bayona

Amazon Studios is taking a massive bet on this show, as the nine-figure sum they paid to the Tolkien estate for the rights to the Tolkien universe is evidence. But they are also surrounding the show with competent and dedicated people. Jennifer Salke, the head of Amazon Studios had this to say;

The scope and breadth of J.A.’s world-building is exactly the right fit for our ambitions for The Lord of the Rings. He’s a passionate and collaborative director who has brought new stories to life with his multitalented producing partner, Belén. We are all excited for them to join our writers JD Payne and Patrick McKay, and we can’t think of a better way to begin this journey to Middle-earth.

Bringing the magnificent stories by Tolkien is no easy feat, and the giant mountain of success of the movies can be intimidating, imagine following up a series that won 17 out of 30 Academy Awards. Even Peter Jackson had trouble following up his own success when he adapted the 'Hobbit' into a three-part movie.

Lord of the Rings is like gospel to devout fans, they expect nothing but brilliance from the show, even though the bar is set incredibly high we have to believe that Amazon is doing everything it can to bring a faithful depiction of the middle earth. With J.A. Bayona directing, we expect captivating imagery, as for the content of the show itself, it will be apparent, when the show arrives on Amazon in a couple of years.