Why Does Lewis Capaldi Keep Trolling Noel Gallagher? This Time Appearing On Stage In Chewbacca Mask! 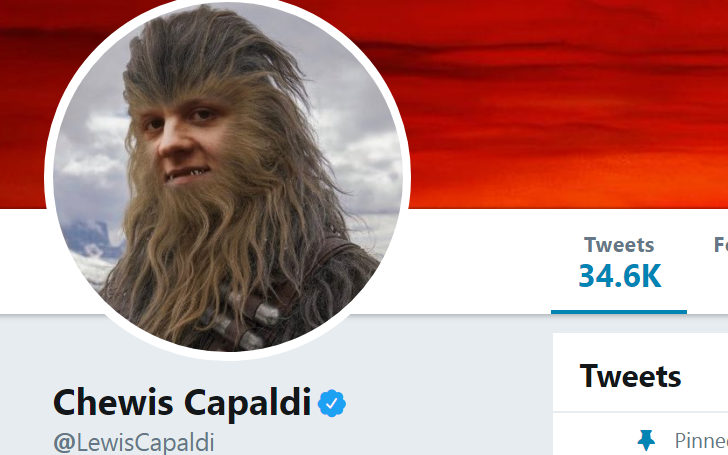 The feud between Noel Gallagher and Lewis Capaldi started when the 52-year-old singer said in an interview how rubbish pop music has become these days referencing Lewis.

If you are keeping up with the Scottish Beyonce, Lewis Capaldi, then you should know Noel Gallagher criticized the singer and compared him to Chewbacca.

Lewis Capaldi took to the stage at TRNSMT festival wearing a Chewbacca mask to show Noel Gallagher how unbothered he really is about the insult.

The feud between the two singers started when the 52-year-old singer said in an interview how rubbish pop music has become these days referencing Lewis.

The 22-year-old singer wrote: "t’s Father’s Day, I’m being slagged off by a man who is old enough to be my Da[d]’ and I’ve never been more happy. Happy Father’s Day, Noel."

Capaldi even wore a t-shirt with Noel's face on to irk Noel further at Glastonbury. Guess, Lewis was successful in annoying the English singer, and Noel calling the 22-year-old singer a Chewbacca proves it.

Read Also: Is Google Fuchsia The Future? Will It Replace Android OS?

Noel, however, should know, the Scottish singer never takes anything seriously, not even himself.

The 22-year-old singer also changed his Twitter name to Chewis Capaldi and made his DP a Photoshopped picture of him as the 'Star Wars' character.

What will be the next take of the 52-year-old former Oasis singer after seeing all this will be interesting.