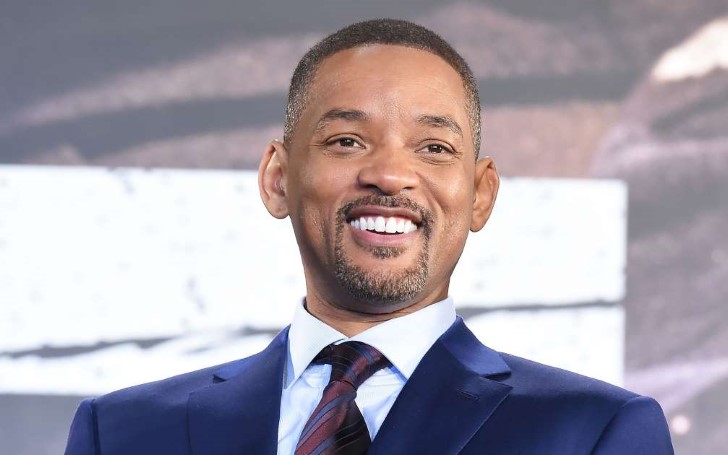 Will Smith got Jordyn Wood's back amidst the heated cheating scandal with Tristan.

While Jordyn Woods appeared on an emotional interview with Jada Pinkett Smith's latest episode of Red Table Talk, Will Smith made sure the young lady knew she was not alone and he had her back no matter what.

Appearing in a facetime call the 50-year-old actor gave some advice to Jordyn, who came on the show to address allegations surrounding she hooked up with Khloe Kardashian's now-ex, Tristan Thompson.

The Bright actor was seen in the clip having a FaceTime call with the reality star, from the set of Bad Boys 3, in which he voiced his support of her.

At the beginning of the episode, Jada explained Jordyn's relationship with the Smith family.

"I've known Jordyn Woods her whole life. Many don't know this, but her father, John Woods, was a sound engineer on The Fresh Prince of Bel-Air for its entire run, where he and Will became friends."

"Their sons, Josh Woods and Trey, became very close and between many play dates between them, [my son] Jaden and Jordyn ended up becoming true day ones by forging a close, lifelong bond since they were infants. These friendships made the Woods family an extension of ours."

Will then joined in on the conversation via Skype, reminding Jordyn she will always have their support even when everyone turns their back on her.

"Hey, listen, this table has mythological cleansing and healing powers. There’s a lot of things about our relationship, to our family. Jordy’s father worked on Fresh Prince before she was born, but I know how hard it was for you and your family when he passed."

"I was watching you grow and become a woman and I had a deep sense that we would be here one day, and what I want to say to you is, the world attacks. It just happens. You'll never get around the world attacking, but I want you to know that you are supported. I got you. And we got you."

His words of assurance brought the young model to tears. The teary-eyed Woods told Will his words meant "the world" to her.

"You've known me before I knew myself. I love you."

When Jada asked Will to give Jordyn "fatherly advice", the actor advised the model to tell the truth and assured her he won't let the cruel world tarnish her.

Later in the episode, Jordyn shared her side of the story about the night she partied with Tristan. She claims nothing "intimate" happened between her and the NBA star until the next morning when he kissed her as she was leaving his house.

However, after the show aired Khloe took to Twitter claiming Jordyn was "lying."

"Why are you lying @jordynwoods ??" Khloe, who shares 10-month-old daughter True with Tristan, tweeted. "If you’re going to try and save yourself by going public, INSTEAD OF CALLING ME PRIVATELY TO APOLOGIZE FIRST, at least be HONEST about your story. BTW, You ARE the reason my family broke up!"

Khloe followed up the post with another tweet which explained Tristan was equally responsible and she would publicly address him if he lied on the public platform.

"Tristan is equally to blame but Tristan is the father of my child. Regardless of what he does to me, I won’t do that to my daughter. He has been addressing this situation PRIVATELY. If Tristan were to lie publicly about what conspired, then yes I would address him publicly as well."

Despite the allegations, the reality show star is firmly confident that she isn't the reason behind the power couple's split.