home Entertainment Who is Wolfgang Van Halen's Girlfriend? Find Out About His Relationship in 2020

Who is Wolfgang Van Halen's Girlfriend? Find Out About His Relationship in 2020 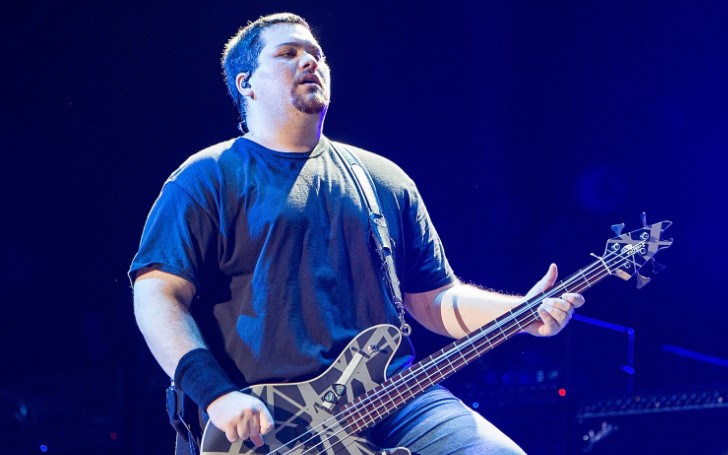 Here's what you should know about Wolfgang Van Halen's girlfriend in 2020.

Wolfgang Van Halen (born Wolfgang William Van Halen) is an American bassist for the rock band, 'Van Halen.' Before joining the band and replacing Michael Anthony in 2006, the bassist used to play for the heavy metal band, 'Tremonti.'

Wolfgang is the son of guitarist Eddie Van Halen and actress Valerie Bertinelli and his name is an homage to the classical composer Wolfgang Amadeus Mozart, interesting, isn't it?

There's something more interesting than Wolfgang's name, despite being son to celebrity parents, he didn't know his father was a musician. The bassist found out when he saw his father on one of the album cover.

Also See: Who is Daya's Girlfriend in 2020? Find Out About Her Relationship

Well, it's always interesting to know something personal about the artist; since we are talking about the personal life of the bassist, do you know whom he is dating in 2020? let's find out.

Well, the bassist is, in fact, in a relationship, Wolfgang Van Halen is dating his girlfriend, Andraia Allsop. The couple is together for a long time now. The bassist is often seen posting about his girlfriend on his social media.

Also See: Who is Justin Hartley's Girlfriend Sofia Pernas? Here are Some Facts You Should Know

Well, seems like even the parents are pretty convinced with his choice, Wolfgang's mother, Valerie, wishes the bassist's girlfriend happy birthday on her social profile which just proves they have bonded pretty well.

Wolfgang Van Halen's girlfriend, Andraia Allsop, is a pretty regular person, she often keeps herself away from the spotlight and we can assume she is a very private person.

Well, not everyone wants to be the center of attention, at least, not for the reason dating a celebrity. Andraia is one of them, she hardly makes any public appearance, and all of her social profiles are private too, so no stalking!

Anyways, talking about her whereabouts and what she does, Andraia is from Salt Lake City, Utah. She graduated from the University of Utah in Bachelor of Science in Computer Science and now works as a software engineer.