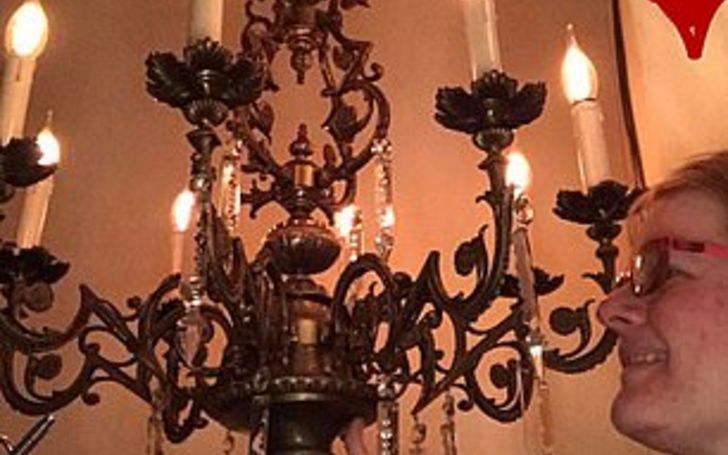 Amanda Liberty, 35, is now engaged to a chandelier.

Reportedly, a woman had an intimate relationship with the Statue of Liberty and now has found her love of life, chandelier.

Amanda Liberty, 35, who was in an intimate relationship with the Statue of Liberty, is now engaged to a chandelier.

Amanda took to Facebook to explain her love with the Luminiere to which she said, it was not just a random pick but was a instant love which just happened, totally led by her heart.

Amanda's peculiar attraction for non-living objects started when she was 14, her first 'Love' was a drum kit and by her late 20s, Amanda changed her name to match Statue of Liberty.

Amanda also inked a USA flag tattoo on her right arm to honor the relationship with the Torch Lady. Sadly, the 35-year-old broke up with her love because of the long-distance in 2016.

After Amanda split with the torch lady, miss Liberty had a short fling with candelabra, Amanda fell in love with chandelier, which she named it 'Lumiere.'

Liberty's latest romance with the chandelier started in 2017 after she watched the live adaptation of 'Beauty and the Beast, starring Emma Watson.

Amanda, who got engaged with the chandelier, said, "I don’t even completely understand it myself, but I still accept it as part of who I am. My chandeliers make me so happy and full of joy and completely fulfilled."

Amanda on her Facebook wrote she hopes to marry Lumiere soon and promised she would keep us posted about her love life.