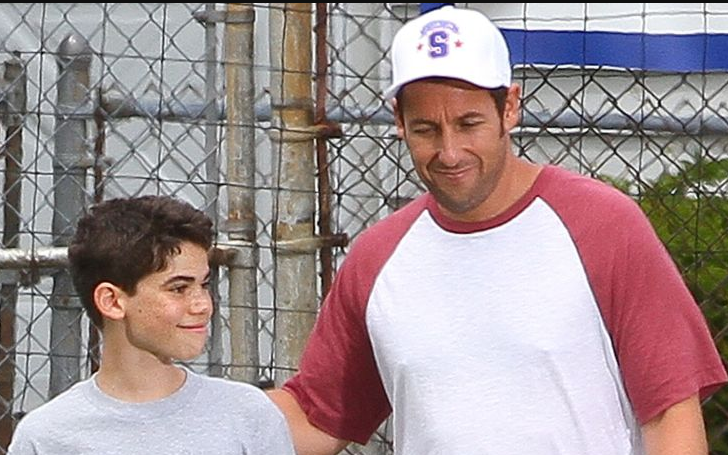 Adam Sandler paid his tribute to the late actor, Cameron Boyce. The actor wrote: "Too young. Too sweet. Too funny. Just the nicest, most talented, and most decent kid around. Loved that kid."

Adam Sandler paid tribute to his 'Grown Ups' co-star Cameron Boyce who died on his sleep at the age of 20 due to his medical conditions.

Adam posted a black and white photo of the late actor, Cameron Boyce and wrote a heartfelt caption.

The actor wrote: "Too young. Too sweet. Too funny. Just the nicest, most talented, and most decent kid around. Loved that kid."

Boyce starred alongside with Adam in Grown Ups and reprised the role in Grown Ups 2. Adam feels Cameron was very close to him and went on to applaud the philanthropy work of him.

Cameron launched a campaign 'Thirst Project' in 2018 to built wells in Swaziland for clean water. The project raised $27,000.

The 52-year-old actor continued on his tribute and said that the actor was very thoughtful about his family and the world. The 20-year-old actor cared about everyone and everything.

Adam on his last line, thanked Cameron for all he had given, and Sandler added that so much more was still to come, but he is heartbroken now as the death took him so early.

The actor finished his tribute by saying, "Thinking of your amazing family and sending our deepest condolences.‬’

However, Adam was not the first and only person who paid his tribute to the late actor.

Youtuber James Charles was the first to pay his tribute to the 'Grown Ups' actor.

Jams on his social handle described the late actor as one of the kindest people he has ever met.

Even Disney paid their tribute via a statement as Cameron Boyce rose to fame after his role as Luke Ross in Disney's Jessie before he became more prominent as Carlos in Descendants.

Recommended: Disney Sets March 20 as the Closing Date for its Acquisition of 21st Century Fox

"From a young age, Cameron Boyce dreamed of sharing his extraordinary artistic talents with the world. As a young man, he was fueled by a strong desire to make a difference in peoples’ lives through his humanitarian work" - Disney said in their statement.