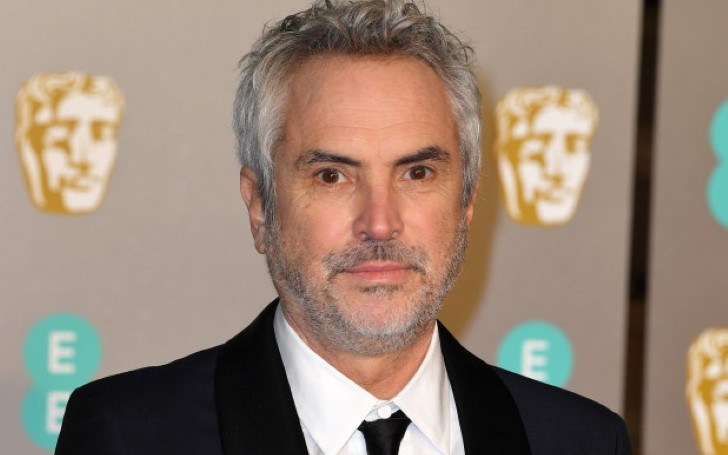 The reigning champ of the title, Academy Award for best directing, Alfonso Cuaron has defended Netflix amid the backlash it has been receiving from the Oscars committee. Ever since 2002 breakthrough film, Y Tu Mama Tambien, nominated the director for his first ever Oscar, Cuaron has had an unexpected success with the Hollywood; from directing Harry Potter and the Prisoner of Azkaban, 2004 to went on to winning five Oscars from just two movies—Gravity, 2013 (Best Directing & Best Editing) and Roma, 2018 (Best Directing, Best Foreign Language, and Best Cinematography).

In 2014, TIME even placed the Cuaron in its list of “100 most influential people.” As for the present, it was the Mexican semi-autobiographical, Roma that once again brought the director into the Oscar spotlight. This Spanish language drama under the distribution of Netflix grabbed a lot of attention in this year’s Awards season. The streaming service spent a record $30 million for the sole purpose of promoting the two and a half hour, spectacle revolving around the complexities of a middle-class family from the locals of Mexico City--set during the 1970s. 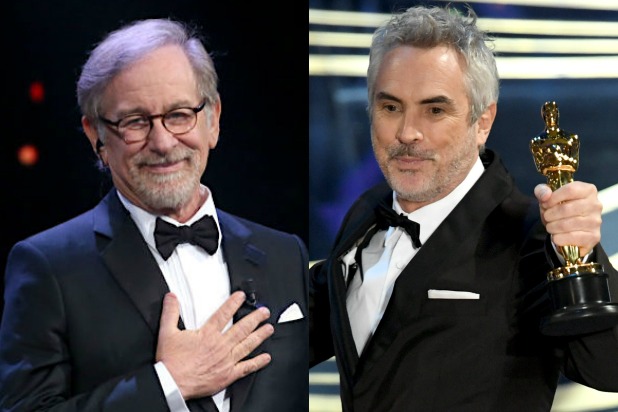 Spielberg says Netflix's films should be in the Emmys' race
SOURCE: The Wrap

The act of thriftless promotion raised a considerable amount of concerns from the film critics, including the legendary filmmaker, Steven Spielberg, who argued advertising a streaming-platform based film to such extremes could demean the importance of theaters and box-office alike and that films released on online services such as Netflix should not be entitled to Oscar fame. Consequently, in a revolt against this opinion, dropped by Spielberg, a significant amount of backlashes have been put forward by many industry insiders. In the beginning, the main victim and Roma’s helmsman, Cuaron remained quite silent on the issue, but now the director has finally given his outlook on Spielberg’s resentment. (exclusively to Variety).

Cuaron insisted he loves the theatrical surroundings, but he also explained the idea of diversifying the mediums so that people can have a different experience while watching the movies (given that you want to watch the characters in the larger frame or while pillowing your head in the bedrooms).

"There needs to be greater variation in how we release our films. Distribution models need to be more versatile, depending on the film. You cannot impose the release strategy of a mainstream film on a smaller film. You may need fewer screens and longer runs or models in which the so-called window is relatively shorter. We’re only considering one single pattern. But it’s the time to start opening up different paradigms. Right now it’s a conflict between economic models. It’s not like one medium benefits cinema, and the other does not."

It’s bewildering yet confusing as to why Netflix would spend twice what it cost to make Roma--on its marketing campaign. Nevertheless, the flick was a subsequent success one which has also raised fear in Hollywood; if big-budgeted films will now be more inclined to allow services like Netflix, Hulu, or Amazon to handle all the distribution chores since the streaming platforms are formidable promotional campaigners especially when it’s about the money. And should the day ever come, at the very least, it would definitely mean the extinction event of a theatrical experience or so.

It has also surged the degree of nervousness among the conventional suppliers—given the growing fondness of people for the streaming services. A similar controversy occurred during the Cannes film festival last year after the prestigious film ceremonial banned the online fostered movies from the Palme d’Or competition. While the debate continues to expand on the topic “if cloud distributors are demeaning or improvising the conventional approach of movie watching”, Cuarón’s suggests needing to change the platform for the release of films is a very important and always a valid one.

Recommended: 'Edge of Tomorrow' is Officially Getting a Sequel

Regardless of how it is provided to the audiences, if have the potential, cinema has and always will go beyond billion dollar-grossing, CG blockbusters, and critics’ appraisal.

We also can’t ignore the fact, that theater often doesn’t give the slot to lesser-known movies or at the very least only a handful number of screens due to which the film never gets the deserved attention from the movie-goers. And the streaming services are way ahead than those setbacks, so it won’t be surprising if more filmmakers would opt to take their gems for an online release than to compete for theater screens.