Anthony Padilla Girlfriend - is the American YouTuber Dating Someone? 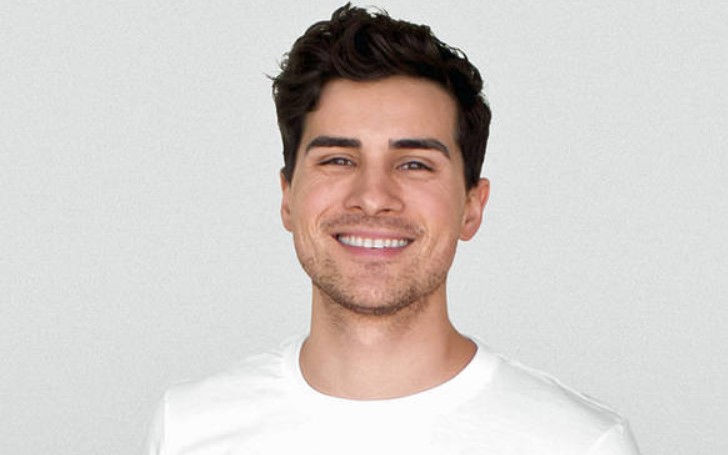 Anthony Padilla is an American YouTuber, we hope, you know him as a former member of 'Smosh.' The Los Angeles-born YouTuber is also a comedian. The 32-year-old YouTuber is now working alone as a content creator.

While certainly there are so many things to know about this amazing personality, but we are here to discuss some personal details of the comedian. By personal, we mean, we are going to know more about his Love.

Let's find out if Anthony Padilla is dating someone, or still single in 2020. So, without further ado, let's get into the details.

Anthony Padilla Girlfriend - is the American YouTuber Dating Someone

After going through some sources, we found Anthony Padilla is no more single. While we can understand some of you ladies, fans are upset with this news, but look on the bright side. YouTuber is really happy with his girlfriend.

Who you ask, Anthony Padilla is dating his girlfriend, Miel Bredouw, since 2015. The couple is still together, which makes almost five years in the relationship, so, don't you think their relationship is here to last.

Since you know the YouTuber is dating Miel, let's find out some more about their relationship.

We often see people fall in love too quickly, and their Love fades away just like the way they fall in Love. Love in this time is barely a love and more of fling. There are celebrities making headlines for their relationship and breaking the overnight.

Luckily for this couple, the things are a bit different. First of all, they are very low-key when it comes to their relationship, we hardly see them bragging about their love life; secondly, the couple is genuinely in Love after years into the relationship.

It's been almost five years the couple started dating, and now when we see them, their Love is still fresh, like they just fell in love yesterday. Saying all of these things still seem understatement for them.

One of the reasons their relationship strong could be Anthony's past relationship. The YouTuber was previously engaged to Kalel Cullen for a year from 2013 - 2014.

So, Anthony took some time to heal himself and find the right one for which he took some time. After a broken engagement, the 31-year-old YouTuber waited whole one year to finally fall in Love with Miel.

We would have expected a wedding bell by now, but the couple is still trying to understand each other more before finally settling down, more precisely, Anthony is really taking his time.

While everything looks fine between the couple, let's find out who exactly is Miel Bredouw?

Who is Miel Bredouw and What She is Doing Now?

Miel Bredouw is better known as Mielmonster, and just like her better half, the 30-year-old personality is also a content creator. Moreover, she is also an actor, writer, and comedian.

There's a rumor Anthony Padilla and Miel Bredouw have broken up when she moved to New York.
Photo Source: Miel Bredouw Instagram

Miel started her YouTube career from April 2010 and was often seen making vlog with Anthony. Recently, the couple has stopped making an appearance on each others' videos, following which some rumours of their split started.

And Back in September 2019, it was revealed Miel moved to New York following which people implied the couple broke up. Well, there are no further details from the couple, guess we'll just have to wait before we indicate things.