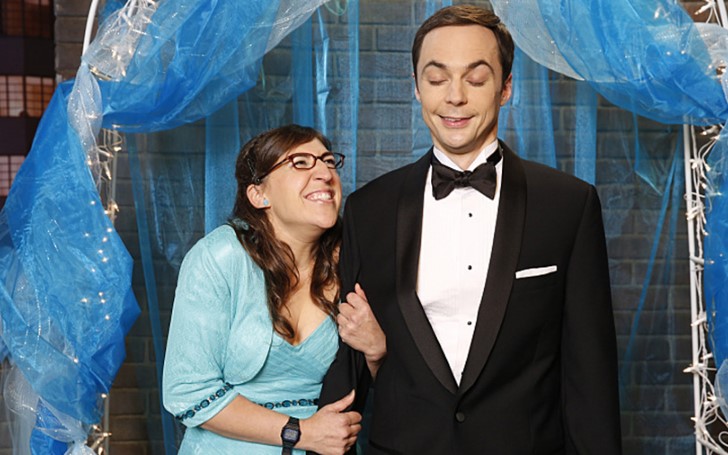 As of now, CBS' popular sitcom, The Big Bang Theory has only seven episodes left before officially going off the air after 12 seasons, and fans are trying to predict what the final showdown holds for the Caltech's geniuses. TBBT may have got only a handful number of episodes, but the show has still kept the fate of its majority characters in the loose end with very much little hint about what's going to happen with every one of them in the utmost finale.

Good thing, the series has at least kept the storyline of Sheldon and Amy's quite strong, simultaneously driving it with one ultimate motive, the couple's race towards the Nobel Prize nomination.

Over the course of the show, Sheldon has been annoyingly yet passionately devoted towards the field of Physics. Often time the man has been able to hide or even neglect his social emotions. At the same time, he hasn’t let the pride of his aptitude diminish even by a bit. He downright claims his intelligence and has always considered himself as one hell of a contender for the Nobel Prize.

But somehow Sheldon dream to win the Alfred Nobel’s will has always been put on a hold. That is until he teams up with his mistress, Amy. Sheldon’s dream to be at the Stockholm Concert Hall becomes more palpable once he receives the news of his paper just being approved--a couple of minutes prior to his wedding with Amy.

Things sure get gloomy for Sheldon when in the later moments, he comes to know that the hypothesis his research postulated has already been debunked by a Russian scientist. Nonetheless, Sheldon with the help of Amy finds a counter loophole against the Russian and eventually goes on to publish his work. And now, the Coopers are working hard to get the attention from the "Nobel committee."

All this fuss about, Sheldon being considered for Nobel may have been well predicted in TBBT couple of seasons earlier. In fact, the incident goes back to as early as the show’s seventh season wherein its 21st episode (The Anything Can Happen Recurrence), we see Penny (Kaley Cuoco) dragging Sheldon to a psychic for a session, the time where the latter was just going through a rough patch after his break-up Amy.

Also Read: Why is Big Bang Theory Taking a Break Before its Utmost Finale?

During the episode, the clairvoyant tells him

"he should give himself to this relationship. Once he does, all his other pursuits will come into focus... personally and professionally. Everything will fall into place once you commit to her."

Given his skeptic persona, Sheldon momentarily calls the whole thing “malarkey,” but five years later, the premonition seems to be turning into a major reality.

Watch Sheldon encounter with a Psychic

Sheldon and Amy have had their share of drama while being together. Much like any other relationship, their love has also faced few or some in-between conflicts. While, Sheldon may not have necessarily needed the persuasion of some prophet to patch things up with Amy, yet the incident of his with that supernatural may have had at least talk some sense into him—as, in the later seasons, Sheldon can be seen being more sensitive about Amy’s feelings.

Although Sheldon’s decision to marry Amy was purely spontaneous and unconditional, his post-marital status is going in pretty much the exact fashion the forecast had predicted in the prior season.

Back in season seven, during Shelly’s break-up, viewers may have had the pessimism of couple actually being done for the rest of the season much like the heartbreaking fate of Robin Scherbatsky (Cobie Smulders) and Barney Stinson (Neil Patrick Harris) from How I Met Your Mother. But, during the same time, the TBBT showrunners might also have well hinted that such a dreadful ending was never going to happen.

Don't Miss: The Cast and Crew of 'The Big Bang Theory' Went Out With A Bang For The Final Flashmob of The Show’s History

Now, that the show’s farewell is just around the corner, we can rest assured of Sheldon and Amy’s longevity. Besides that, the only thing left undecided from their arc is the “Nobel tit-bids,” which (again), if considered the very episode from the seventh season, appears to be quite happening.

As mentioned, this all may have been well forecasted. In fact, the way in which, Sheldon’s storyline is being wrapped up suggests the series creators might have thought of The Big Bang Theory’s ending five seasons earlier than the current one.