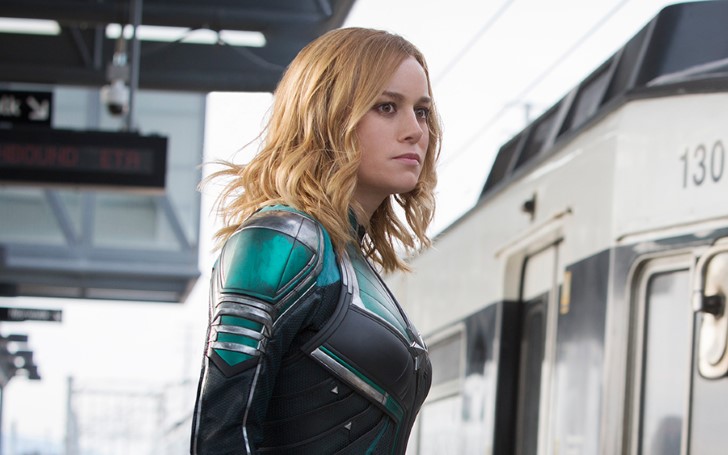 Despite having received mixed reviews in the promotional campaign, Captain Marvel is triumphing over at the box office. As of recent, the 21st slate from the MCU has raked in a whopping $646 million (AUD) from the global theater market.

Marvel’s latest release is the biggest box office worldwide-release for a female-standalone movie, beating out the overall ticket window stats of DC’s "Wonder Woman" (2017). It has also become the 2019’s most successful entry with M. Night Shyamalan’s "Glass" being the nearest competitor. Upon its first weekend, the sequel to 2016 'Split' made a quarter of the Captain Marvel's three-day gross figure.

Marvel Studios’ #CaptainMarvel is the #1 movie in the world. Get tickets to see it in theaters now: [link in bio]

A post shared by Marvel Studios’ Captain Marvel (@captainmarvelofficial) on Mar 10, 2019 at 9:06am PDT

In Australia, the film made $13.59 million over the weekend and $15.08 million counting from the Wednesday/Thursday’s previews. It’s the biggest March opening weekend ever in the market.

It has only taken four days for the film to become the third-highest grossing movie (2019) in Australia; behind Universal/DreamWorks’ 'How to Train Your Dragon 3' and Disney’s other flick, 'Marry Poppins Returns'. Significantly, CM grossed $217 million (US $153 million) in North America, distinctively ahead of Wonder Woman’s US $103 million. At the time of its release, Wonder Woman boasted the biggest opening for a female superhero movie.

Outside of North America, Captain Marvel collected in $302 million consequently becoming the fifth-highest overseas opening behind The Fate of the Furious (2017), Avengers: Infinity War (2018), Jurassic World (2015), and Harry Potter and the Deathly Hallows Part 2 (2012).

Captain Marvel is the first MCU movie to have a female co-director in Anna Boden; who shared the helmsman seat with Ryan Fleck.

The Best Actress winner (Academy), Brie Larson stars as Carol Danvers, Marvel’s strongest character to date on screen. The movie primarily serves as an origin story before Catherine Donovan is scheduled to reappear in the Avengers: Endgame set for release next month on April 26.

Ever since the movie started its marketing phase, Captain Marvel has been the continuous target of belittling online trolls much to reduce its appeal among the moviegoers. Like the Ghostbusters 2016 reboot and Star Wars Episode VIII: The Last Jedi (2017), the internet has been criticizing Captain Marvel on several forums and websites such as Rotten Tomatoes.

The bully grew so severe that it actually led Rotten Tomatoes, a review aggregate site, to close off it's “want to see” ratings which were originally created for non-professional reviewers and public’s opinion towards a movie.

Some people from the online community has been earmarking the movie especially with the concern of its female lead; the group took a special offense when Larson attempted to diversify Captain Marvel’s promotional campaign by ensuring that CM’s press pool would dominantly include female, disabled and culturally diverse journalists.

The criticisms and troll began to backlash soon after the 29-year-old actress defended against women's discrimination in the industry practiced by the insiders of the film industry.