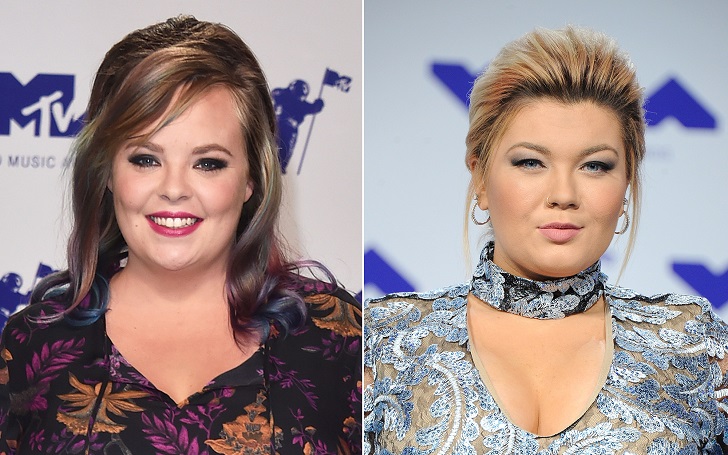 Teen Mom OG's Amber Portwood was arrested earlier this month on domestic charges and her friend Catelynn Lowell is expressing her support for Portwood.

Catelynn Lowell took to Twitter on Wednesday to defend her friend Amber Portwood amid her domestic battery charge arrest. She cleared the reason for her support to be 'what friends are for' and that 'there is always two sides to every story'.

The 29-year-old Portwood was arrested on Friday morning of July 5 after she allegedly assaulted her boyfriend Andrew Glennon while holding her 14-month-old son, James, according to the Indianapolis Metropolitan Department's statement. Then a few days later on July 9, Glennon filed for the sole custody of James.

More: Will Amber Portwood Be Fired From Teen Mom OG After The Incident With Her Boyfriend?

Nearly two weeks after her arrest, Portwood posted a cryptic message about infidelity on the since-deleted Instagram post stating, "Cheating is a choice not a mistake". She previously served a 17-month jail sentence for domestic violence after a fight with ex Gary Shirley in 2010 whom she shares a 10-year-old daughter Leah with.

Despite the allegations likely to lead Portland to be charged again, the MTV personality, Lowell says she will continue supporting 'her friend' because she also was supported by Portwood when she herself was going through her mental illness stuff.

Lowell initiated her support with "I love you so much. See [you] tomorrow" in response to Portwood's Instagram photo of a broken heart with the caption, "I'm so heartbroken right now... omg?" a week after her arrest.

Portwood revealed on the MTV series Teen Mom OG in 2017 that she was diagnosed with Borderline Personality and Bipolar Disorder. She discussed how the show affected her well-being was cause for online trolls.