Matt Baier Reckons Amber Portwood Is A Good Mom Despite Her Violent Nature! 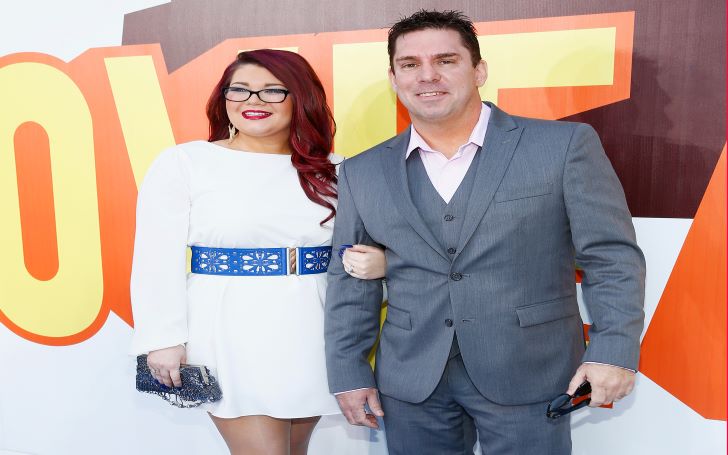 Amber Portwood is having the worst time of her life. However, she doesn't have much of our sympathy. She rightfully deserves suffering after chasing her boyfriend with a massive Machete in her hands.

As comical as the image of an angry woman running around the house, chasing a man twice her size might seem, it wasn't hilarious an incident for her boyfriend, Andrew Glennon. It turns out he was holding and trying to protect their child throughout the episode.

Not only did Amber chase Andrew with a giant sword, she even managed to hit his neck with a shoe. He showed clear marks of the attack on his neck.

Naturally, everyone now sees Amber as a Psychotic mother with a violent nature who is an absolute threat to her child. After the insanely astonishing incident, her boyfriend Andrew is seemingly traumatized and is now demanding the sole custody of their son, James. Furthermore, he demands that Amber should only be given permission for scheduled and supervised visits.

Amidst all these chaos in Amber's life, there is an extra issue Amber should face, and it might not be all bad. Her ex-partner Matt Baier currently seems to be quite interested in poking in his opinions about Amber's actions and surprisingly it is in her favor.

Her ex-fiance Matt Baier, stated in an interview with TMZ that he wasn't ready to buy the idea of Amber wielding a Machete. He further added that there are always " two sides to a story."

Matt never directly stated that Amber was abusive to him, but he doesn't deny it, either. However, he did claim she was violent towards him in the past. The writer said:

People want to ask me if Amber is violent, Is she naturally violent? No. But I will say that Amber is very, very tough to bring down once she's crossed a certain threshold. When Amber gets past a certain point even just during an argument, she's going to say things, horrible things. You're going to hear things you don't want anyone ever saying to you. But personally, I never saw her at that level of anger for more than about 15 minutes. Once it's over, it's over, and it would be like nothing ever happened.

Despite the fact that Matt admitted, Amber's violent nature is threatening and destructive, he also made sure to remind people that she is a great mother. Matt's sudden softness towards Amber is making many fans curious.

Furthermore, many of Matt's supporters are even disappointed with him for supporting a violent individual, who is a threat to her family. Will Matt stick to his statements? To know that you will need to stay updated to Glamourfame.