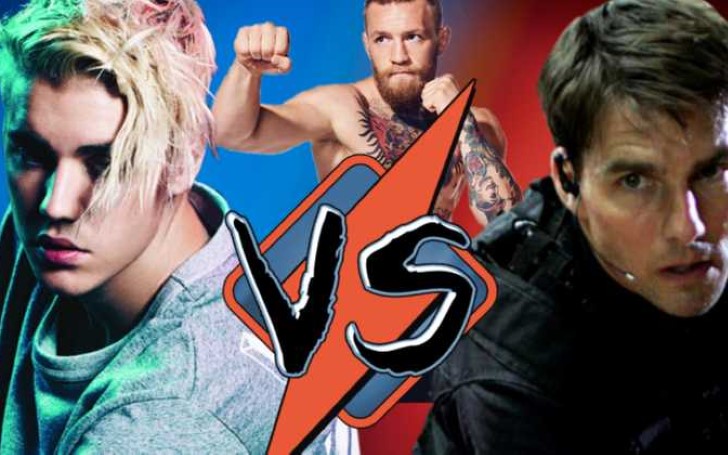 On the instant, Justin Beiber challenges Tom Cruise for the Octagon fight, the tweet is now trending all over social media leaving with different reactions and responses from media stars and personalities.

One of the MMA mix martial art fighters seemed enthusiastic for the brawl. Well, he is none other than former UFC Champion Conor McGregor. 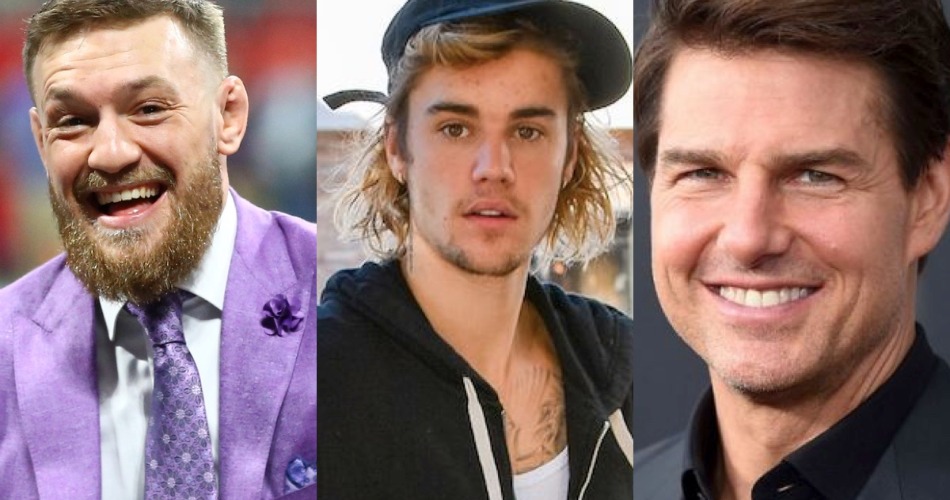 Yes, The Notorious took to his Twitter and retweeted the post which Justin shared on Monday, stating that 'McGregor Sports and Entertainment' will host the bout if Cruise has the sprouts to fight'.

Well, Tom's response to the upsurged challenge is yet to be heard. However, fans have already come up with the stars' body statics and profile as we see before the ring match in UFC. 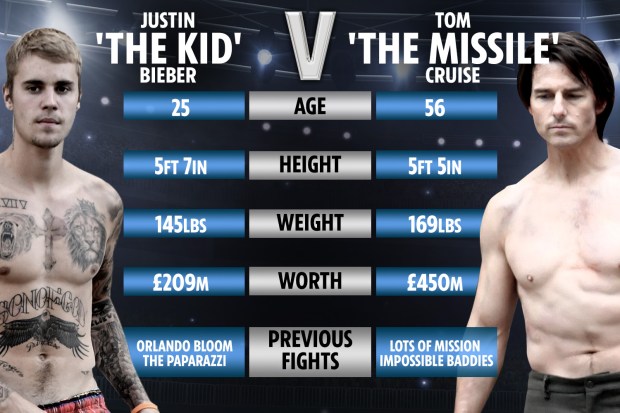 'Baby' hitmaker Justin, 25, challenges Tom Cruise, 56, who is more than double his age for a ring fight.
SOURCE: TheSun

All now required is a single 'Yes' from the Mission Impossible star and the action king who we often witnessed jumping from one building to another, bouncing off a helicopter, running over a flying plane and more. Who do you think will win the fight?

Is this a trend going on the dramatic Showbuzz industry, as Corner, 30, 1.75m, challenges another Hollywood celebrity Mark Wahlberg, 1.73m, 48, for a fight citing some of his personal issues from his recently retired MMA career.

Well after two big career loss with Mayweather and Khabib as well as quitting MMA, it seemed like the Irish professional martial artist has some business to settle.

Some of the prominent media responses,

I challenge Mark Walhberg on the very same card.
Back when mark wahlberg was marky mark, I’d’ve still slapped the ears off him and took my ufc shares back.#Shares #Streams #Dazn #Espn
McGregor Sports and Entertainment

Opening odds for a potential MMA match between @justinbieber and @TomCruise:

“If Tom Cruise is man enough to accept this challenge, McGregor Sports and Entertainment will host the bout,” the “Notorious” MMA fighter tweeted Sunday after Bieber publicly challenged Cruise to a fight on Twitter.

Well, what do you people think about the recent challenges made to Hollywood stars? Is this a threat to the senior generation by the young millennials or just a publicity stunt!