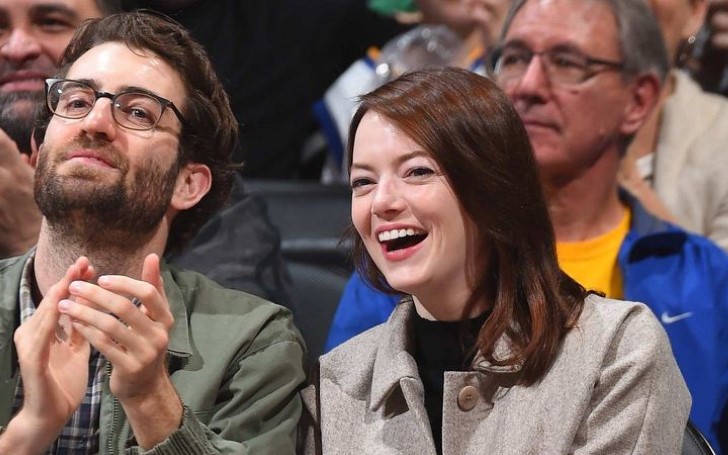 Hollywood actress Emma Stone who always preferred to keep her dating life lowkey - it seems like she doesn't follow that rule anymore.

The Oscars award-winning actress for her outstanding role in La La Land recently made a rare public date with her beau Dave McCary. 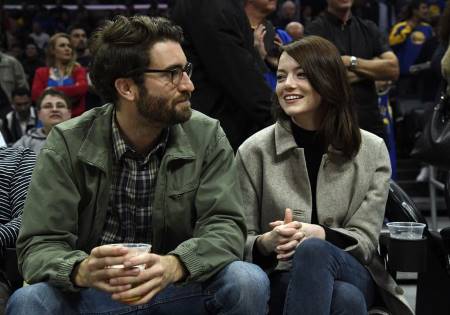 The couple looked superbly adorable like a newbie high school pair when the media and fans spotted the two sitting on the first row to watch the game between LA Clippers and Golden State Warriors held at Staples Center in Los Angeles.

You may also like: Hailey Baldwin Accused of 'abusing' Her Dog as She Films Herself Shaking The Pooch

Both Emma and her man McCary opted to dress casually for their game date. 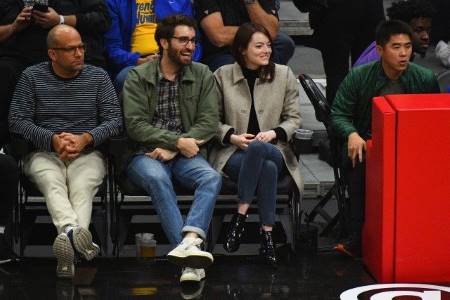 She completed her outfits by wearing a shiny black ankle boot and a grey coat to wrap up from the cold weather.

Similarly, to match his outfits with Emma, boyfee Dave who's professionally a writer & a director wore a plaid shirt and blue jeans.

The director further wore a white converse and an olive colored jacket. 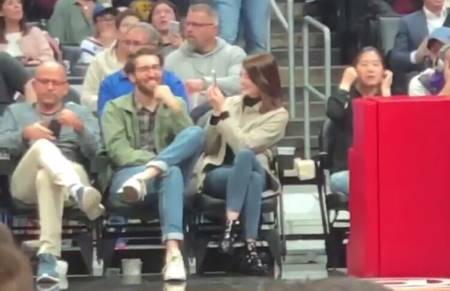 The secretive duo looked so in love as they enjoyed their date night. Furthermore, the pair looked all smiling and laughing throughout their time at the game.

Although the low-key couple rarely makes public appearances together, Emma and Dave got close following October 2017 and eventually kindled their romance afterward.

People also searched for: Kourtney Kardashian Looks Gorgeous As She Poses In Striped Robe While Her Stylist Glams Her Up

And as per some sources, the couple first met in December 2016, when she hosted SNL and starred in a sketch that her now-boyfriend Dave directed.

Stone previously dated her co-actor Andrew Garfield in Amazing Spider-Man. The former couple ended their chemistry in 2015 after dating for four years.