Find Out What Happens In The 6 Extra Minutes Footage In Re-Released 'Avengers: Endgame' 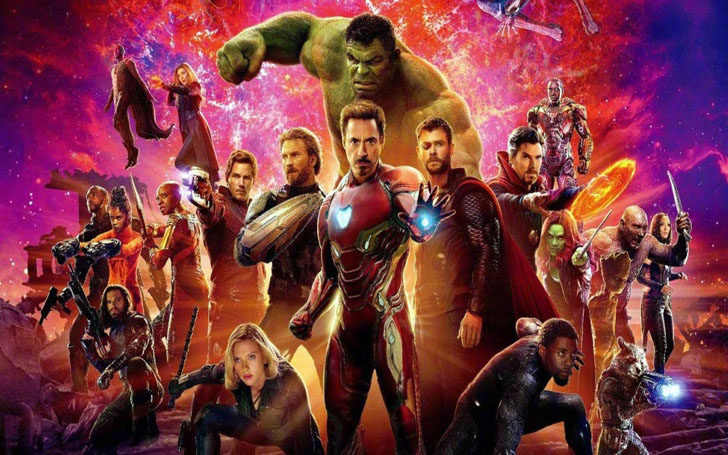 Endgame was re-released with six extra minute of footage, find out what happened!

Ok! Let’s call this exactly what it is, a blatant cash grab by Marvel to oust Avatar as the highest grossing movie of all time. Avengers: Endgame was released on April 26, 2019, and made over $350 million in its opening weekend, almost a $100 million more than previous record holder.

The movie was both critically acclaimed as well as loved by fans all over the world and made $2.54 billion in total box office receipt. With only $34 million required to make up the ground to oust Avatar, it is understandable that Marvel would want to re-release the flick.

With no competition what so ever this week there is a big chance that the movie makes up the ground. Only low budget flicks and no overlap will allow the film to have a free reign at the box office.

Watch: The first trailer for the historic Avengers: Endgame

At least Marvel is not re-releasing the film without anything to add; they have six minutes of added footage to show for the re-release. There has been much speculation as to what the added footage would be, well finally after the release in theatre, we know.

So, for people that can’t make the trip to sit through a three-hour film, you’ve already watched five times, here is what happens in the movie after the credit rolls.

The first clip that the moviegoers are treated to after the three-hour movie is a short cameo featuring the creator many characters of Marvel comics, Stan Lee.

The iconic writer who penned the stories for many characters in comic books was a staple in Marvel movies, as he made cameos in almost all Marvel films. The Legendary writer was a beloved figure in the comic world, and the whole industry felt his death. The man who was the godfather of Marvel was given a final sending of by MCU, who had already paid tribute in the starting movie title back when Avengers Endgame was initially released.

This time though, there was a pre-recorded message by Stan Lee, who died at the age of 95, he said;

Not only did I not think I would be doing a cameo in such a big movie, I hadn’t dreamt there’d be such a big movie. In those days, I was writing those books, I was hoping they’d sell so I wouldn’t lose my job and that I could keep paying the rent. I’ve remembered every cameo I’ve done since the first one. I think I’m a very lucky guy.

To end the scene, the movie screen reads, “Stan, we love you 3000” reuse of the line that 'Morgan', Tony Stark’s daughter, uses in Avengers: Endgame.

A Cut Scene Of Hulk

After the snap, the world was in chaos, and it seems Hulk was doing the best he can to protect people in the sparsely operated world. In a new cut scene, we are shown what Hulk was doing while other Avengers were going about their business.

Thanks for sticking around. As you may have noticed, we packed a lot into this movie. There are a lot of characters, a lot of action, a lot of emotion, and I think a lot of fun. But, believe it or not, we shot some scenes that we needed to cut out. I know, the movie could have been even longer!

In the cut scene, we can see a burning building as Hulk saves a bunch of people using a satellite dish. Right after the scene, Hulk receives a call; he answers, “Steve who?” maybe tying up to the moment Hulk, 'Steve Rodgers', 'Natasha' and 'Scott Lang' meet up with each other to discuss the “time heist.”

This scene was unfinished as most scenes cut on the editor’s room are, but still, it was the first moment we see 'Professor Hulk', and it would have been fun to see the finished event play out in the big screen.

A Tie-in To Spider-Man: Far From Home

Where would we all be if at the end of a Marvel movie we didn’t see a tie-in to another Marvel flick? Well, that is what we get as the final taste from the extended six-minute clip in the Avengers: Endgame.

In the clip, Nick Fury and 'Maria Hill' are seen together in a Mexican town devastated by a cyclone. People in the city say the cyclone had a face and then the cyclone appears again, but this time 'Mysterio', played by Jake Gyllenhaal arrives and tells the line from the trailer, “You don’t want any part of this,” and continues fighting the cyclone.

We all know that this re-release was to catch up to Avatar, but there is also another agenda for the re-release. As the movie ties into Spider-Man: Far From Home, the story feels like a continuation of Endgame which will tempt people back to watch the Spider-Man sequel.

Watch: The first trailer for Spider-Man: Far From Home

This re-release was a masterstroke of marketing by Disney and Marvel, killing two birds with one stone. Catching up to Avatar and also building up hype for a movie set for release in two days.

The re-release is something for the die-hard Marvel fans but if you want to contribute to the Marvel’s box office total, then head on over to a theatre near you to watch Endgame for the sixth time.