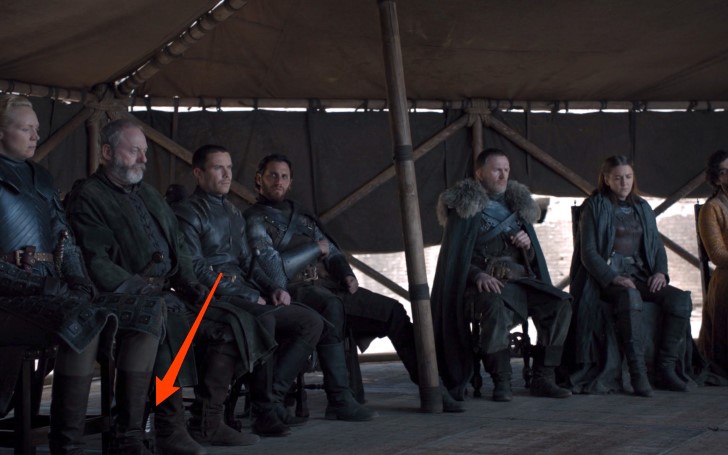 A water bottle spotted in the background of a crucial scene in Game Of Thrones finale.

It is no doubt that Game of Thrones fans has a keen eye. They have once again proved their worth as they have spotted yet another production flaw that was made in the final episode.

Several fans have noticed that a water bottle appeared to have included in the same league as the “Starbucks cup” that was placed in front of Daenerys at Winterfell on the 4th episode of the 8th season.

The water bottle could be seen beside Samwell Tarly’s left leg. As Jon's best friend attempt to convince the rest of the group whilst determining the future of the Six Kingdoms to let “the people” decide is their finest option.

OH MY GOD, THERE REALLY WAS A WATER BOTTLE #GameOfThrones

Fans took to Twitter to express their amusement as well as annoyance at the water bottle's appearance during a rather critical scene of the final episode.

LMAOOO I CAN'T BREATHE THEY DID IT AGAIN 💀💀 First Starbucks now a water bottle this show is a joke #GameOfThrones #GameOfThronesFinale #TheFinalEpisode pic.twitter.com/9YaFF8Pnm6

a water bottle in King’s Landing!! #got #gameofthrones pic.twitter.com/mwGQlsLwnh

The water bottle appearance shall sure be a sore subject for showrunners especially after a takeaway coffee cup made its way to the screens. As a matter of fact, the showrunners also were forced to issue a statement to apologize for the coffee cup present amid the metal goblets and animal horns that were used during a celebratory feast at Winterfell.

The show has been criticized on multiple occasions for being rushed way too hard as the show is coming to an end following the arcs of several beloved key characters. Which is exactly why over a million people have signed a petition calling for a “remake” of season 8.