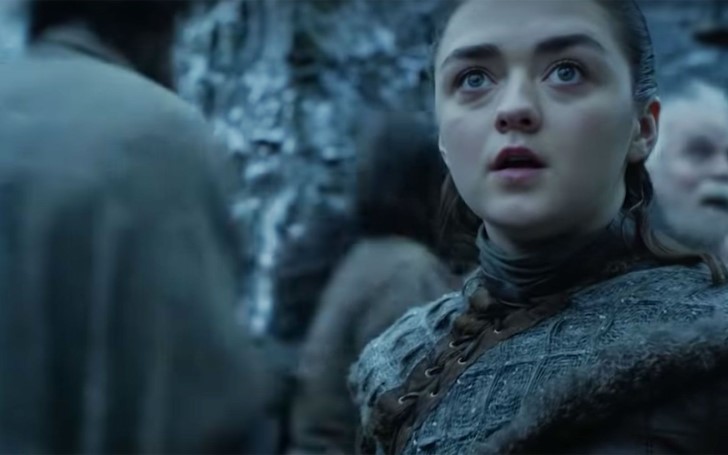 HBO teases another sneak-peak for its medieval fantasy show, Game of Thrones season 8.

Earlier tonight, when the Oscar was just warming up the red carpet, HBO momentarily pulled the focus by airing arrays of teasers for its handful number of shows that are set to premiere throughout 2019.

The highlight--HBO released another glimpsing footage showing what the future holds for the eighth and final season of its epic drama series, Game of Thrones, which is set to be broadcast on April 14.

Watch the new teaser trailer of Game of Thrones season 8

As usual, the clip’s merely about five seconds long and way too far from insinuating the winner of the Iron Thrones, the grand prize of the story which the series was predominantly focusing on from the first season. This almost 2-minute long footage basically starts by showing some ravens flying over the presumably destroyed night wall from the Throne series.

And so begins the announcement of HBO’s new series, Euphoria, The Righteous Gemstones, Mrs. Fletcher and several other pristine sensations. However, it isn’t until the midway when we get to see the arrival of Khaleesi’s Unsullied and Dothraki troops at Winterfell. And so do we get to see Arya staring up at a dragon flying overhead, also being completely astonished by it.

But, most importantly, we're also shown more footage of the Wall falling down. The titular line, Winter Is Coming notes the "shot of Viserion soaring over the southern side of the Wall"—which certainly looks new. Though some claims it just a trifling editing effects and nothing more.

Don't Miss: The Cast and Crew of 'The Big Bang Theory' Went Out With A Bang For The Final Flashmob of The Show’s History

Whereas previously in a press release, HBO said that all of the footage has never been seen before.

Whatever the case, it's a grounded theory that the final season of GOT is going to be utterly dramatic.

A teaser trailer released prior to this video showed statues of Jon Snow, Sansa Stark, and Arya Stark in a crypt. And although the then-new teaser was also just another promotional material for the final season, and wasn't even an actual scene from the series, the content surely hinted at what lies ahead for the people of Westeros.

Even at the Oscars venue, people couldn’t help themselves from leaving the talks for Game of Thrones. And the reasons were all related to the series’ one of the leading lady, Emilia Clark.

Recommended: The Big Bang Theory Star Mayim Bialik Says She Was 'Surprised' By One Particular Scene

Clark who was attending the event for handing out the Oscar to its respective winners also shed some words on her upcoming series. The 32-year-old, Clark revealed to Ryan Seacrest on the red carpet that the culmination of season eight will bring an absolute "shock" to viewers. Though which was not exactly a giant spoiler in any case. But it's something to look forward to. "It's going to be huge," Clarke added.

"I know there will be some things that will shock people."