How Exactly Did Walt Poison Brock In Breaking Bad? 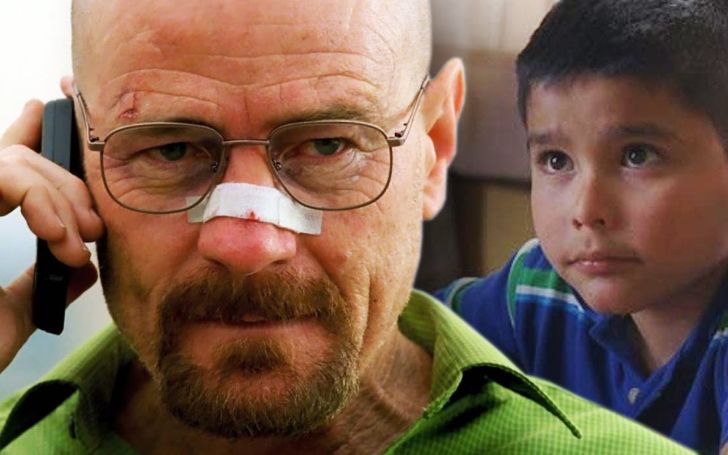 How exactly did Walter White poison Brock in Breaking Bad?

The incident occurred in season 4 of the AMC hit series, Breaking Bad but the truth wasn’t revealed until the following year. Since then, the show maker Vince Gilligan has given detail into what viewers didn't see with the toxication.

The character of 'Brock Cantillo' (Ian Posada) was the six-year-old son of 'Jesse Pinkman's' second girlfriend, 'Andrea'. Jesse met Andrea at a Narcotics Anonymous group therapy in Breaking Bad season 3 and the pair eventually struck up a relationship in between.

Jesse greatly adored Brock and the two would often hang out and bond over video games. After Jesse and Andrea split, he continued to send them money through Saul Goodman so they could have a better living situation. The pair reunited in season 4 only to have Brock rushed to the hospital with a serious illness.

Also Read: Breaking Bad: 7 Tuco Salamanca Moments That Is Worth A Rewatch!

At first, Jesse believed Brock was given the ricin that was intended for Gus Fring by series protagonist turning anti-hero, Walter White. Pinkman thought Walt stole the ricin and gave it to Brock as a way to settle the odds with Jesse for him getting too close with Gus. When confronted, however, Walt gave Jesse the idea that it must have been Gus who used the ricin to poison Brock.

In reality, Jesse was right; Walt did cause Brock's illness as a way to turn Jesse against Gus. But the poison was never caused by ricin as later confirmed, it was extracted from a Lily of the Valley plant, revealed to be in Walt's backyard in the final shot of Breaking Bad's season 4 finale. But how exactly did he poison Brock with mere berries from the plant that is found in one’s patio?

Brock was poisoned by Walter white through a plant, Lily of the Valley.

Gilligan gave more insights regarding the noxious ploy at San Diego Comic-Con in 2013. The writers of Breaking Bad referred to the incident as Walt turning into the "Evil Juice Box Man," envisioning him injecting the poison into Brock's juice box. Off camera, Walt had some way or another planted the juice box in Brock's lunch at school, making sure only he came in contact with the beverage. The rest of the execution involving the ricin stolen by Huell then played out on-screen.

Brock, nonetheless, survived the illness and made a full recovery. Walt later would meet Brock at a dinner gathering where he seemed exceptionally uneasy around the young boy. His actions have clearly caused a lot of guilt for how he used a child's health to manipulate Jesse.

You May Also Like: Top 10 Most Badass Scenes From Breaking Bad!

Many viewers even consider Brock's poisoning as the moment when Walter White turned into an undeniable villain in the series. Jesse, in the end, put the puzzle pieces together and figured out that Walt was responsible all along, causing a colossal measure of unrest between the two men.

After Andrea was murdered by 'Todd' as a form of punishment from Jesse's failed escape, it's not comprehended as to what happened to Brock. It's assumed he was taken in by his grandmother.

After Jesse got a taste of freedom in the Breaking Bad series finale, many thought he would find Brock and take care of him as a way to respect Andrea. Since Jesse Pinkman is reputed to be at the focal point of upcoming Breaking Bad sequel movie, fans may possibly have the return of Brock Cantillo.