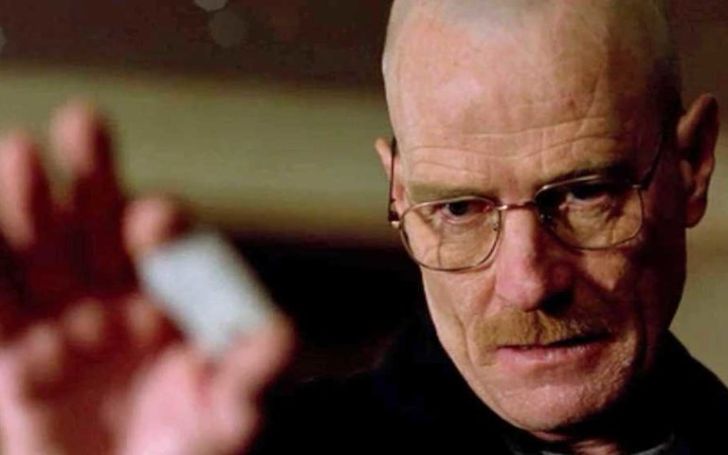 Now that 'Game of Thrones' finale sucked, 'Breaking Bad' is officially the most iconic show in the history of tv. It’s a fundamental piece of pop culture, having first appeared on AMC back in 2008 and running all the way through 2013. The show pursues the journey of Walter White, a high school chemistry teacher turned drug kingpin when he’s diagnosed with terminal lung cancer. The show became intriguing in every way possible, and creator Vince Gilligan has even utilized it to spin-off another great series in 'Better Call Saul.'

10. Tortuga’s Head On A Tortoise

'Negro Y Azul' sees 'Hank’s' (Dean Norris) criminal source 'Tortuga' (Danny Trejo) meet a rather gruesome but inventive end when the nark slowly blundered up to meet Hank and his El Paso DEA chums in the form of a decapitated head fixed on the back of a turtle. And while Hank can’t handle the horrible sight, retreating to his van to dry heave, his colleague’s giggles soon turn to quietness as it transpires that Tortuga’s disjoined head also doubles up as an explosive device.

Breaking Bad’s chief, Vince Gilligan talked about how the logistics of the scene took a shockingly long time to deal with – ‘How do you mount ahead to the back of a tortoise so the head doesn’t fall off, without hurting the tortoise?’ – they eventually found the ideal accomplice in 70lb, 14-year-old Otto the tortoise.

9. Hank Finds Out Who Walter Really Is

When Hank finds out who Walt truly is in the episode Gliding Over All, it was a grippingly hand-over-the-mouth moment. Hank sits on the toilet in the Whites’ main washroom and finds Walt’s copy of Walt Whitman’s Leaves of Grass. Looking over the front of the book, he sees an engraving in familiar handwriting:

‘To my other favorite W.W., It’s an honor working with you. Fondly, G.B.’ The book was signed and handed over to Walt by his deceased meth lab partner Gale Boetticher before he was executed by Jesse Pinkman on Walt's order. Hank had previously discussed the case of Gale’s lab journals with Walt and joked Walt could be the ‘W.W.’ in his notes, and Walt offered up the ‘Walt Whitman’ decipher – but little did Hank know he was right all along!

Negotiating with business associates is tough especially when they are psychopaths like Tuco Salamanca. So when Walt steps into 'Tuco's' headquarters to get payback for his friend Jesse, he’s packing more than a few kind words.

In this case, its fulminated mercury blowing a hole in the side of the building makes Tuco see Walt means business and gives Walt something to scream about.

After a series of unfortunate events, 'Walter White' and 'Jesse Pinkman' imprisoned drug dealer crazy 8 in a basement. Walt draws the short straw so he’s tasked with killing their hostage but his sense of morality just won’t let him, at least not at first. When Walt finds out the prisoner is aiming to kill him, he decides to takes action and ultimately uses a bike lock for a morbid task.

As the scenario deteriorated and Walt got deeper into the drug business, he, eventually couldn’t hide his secrets from his wife, Skyler, any longer. She somewhat figured things out on her own, but gradually became very aware of the details of Walt’s secret life. It came to a head when she learned of Gale’s murder, although she had no clue what role Walt had in it. In Season 4, Skyler begs her husband to get out before his own life might be at risk.

You May Also Like: Top 10 Movies Guaranteed To Screw Your Mind

Always egoistic, Walt was not about to hear his lady talk to him as if he could one day open the door and get a bullet to the head. The now evolved Heisenberg says: “I am not in danger, Skyler. I am the danger. A guy opens his door and gets shot and you think that of me? No. I am the one who knocks.” An unbelievably chilling scene that is the perfect outburst of so much of Walt’s suppressed resentment.

Ozymandias carries on from the previous episode and begins with an injured Hank in the desert with Walt and Uncle Jack. In the most-tense two minutes, a sorrowful Walt tries to convince Jack not to kill his brother-in-law, but Hank already knows what’s about to happen. ‘You want me to beg?

You’re the smartest, guy, I ever met, and you’re too stupid to see he made up his mind ten minutes ago,’ Hank says to Walt, before facing to Jack and telling him, ‘Do what you’re gonna do,’ as Jack guns him in the head.

Just when you thought Walt couldn’t go anymore drug lord on us, he devises a plan to kill nine prison inmates and a lawyer to prevent them from squealing to the DEA. We watch as these prisoners are stabbed, sliced and burnt alive in a gruesome Godfather esque display of ultraviolence. Walt, on the other hand, stands watching the time tick away from the safety of his home.

Alongside his girlfriend Jane, Jesse slips into his old junkie routine spirals out of control. Walt sees Jane as someone who’s getting in the way of success. Although Walt doesn’t exactly kill her, Walt is fully capable of saving jane but instead decides to let the drug overdose claim her life. This merciless act is just another choice that reminds us of our protagonist’s degrading humanity.

"Two men are coming to kill you. You have one minute," an unknown voice tells DEA member Hank Schrader. You have one gun, one bullet and one shot at surviving this – and only then because one of the cousin assassins thinks shooting you in the head as you lie injured would be “excessively easy.”

This scene is splendidly played, from the wobbling camera to the grating electronic music and even the way Hank nervously licks his lips. It’s a moderately rare piece of full-on action cinema in a show that generally prefers the quiet death or the close-up kill. Until the final season sent the show into hyper-tense overdrive, this was a standout amongst the most nerve-wracking scenes in the entire show.

After an especially tense scene where Jesse and Walt fail to kill 'Gus' (Giancarlo Esposito) using a car bomb, they realize they have to get to him before he gets to them. Enrolling the assistance of Gus’s enemy, wheelchair-bound 'Hector' (Mark Margolis), the trio incubate an arrangement to end Gus using the bell attached to Hector’s wheelchair. In an astonishing scene, Hector’s chair bomb goes off, and for a minute literally, everybody thinks Gus has escaped unscathed as he emerges from the rubble of the hospital room fixing his tie. But a camera pan shows that Gus is missing a considerable amount of his face, and finally settles to the floor dead.