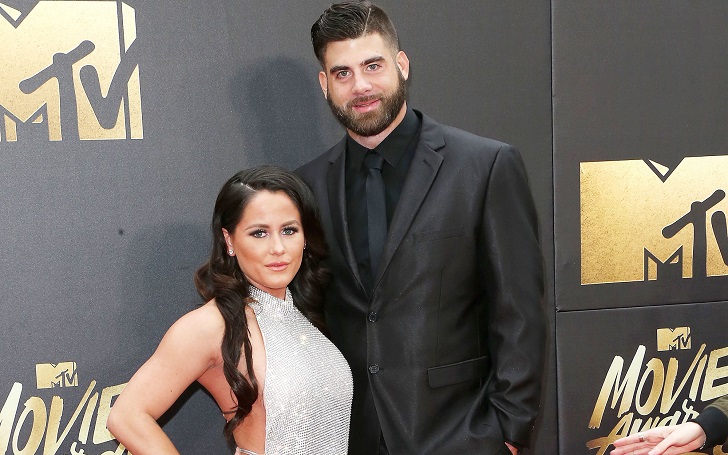 Jenelle Evans was granted an extension on her temporary restraining order against David Eason until January 13.

It seems Jenelle Evans is making a string of right decisions in a long while after splitting from ex-husband, David Eason. At least that's what her acquaintances believe.

Earlier on November 4, it was reported that Evans had filed a restraining order against her estranged husband after he allegedly threatened to break her friend's neck and was granted the following day. In the documents, she accused the 31-year-old of physical and verbal abuse, totaling up to six alleged incidents against him.

The order came after a few days of announcing she was going to split from him after several months of absence from social media. For the extended restraining order, she had been granted the order by a judge effective until January 13 after they appeared in circuit court on December 12.

The pair will appear on court at the same day of the end of the restraining order.

On the day of announcing the split, October 31, she also filed for protective measures against Eason with whom she shares a 2-year-old daughter, Ensley. She also had already moved to Tennessee to North Carolina.

David Eason is not getting any time with daughter Ensley.
Source: Jenelle Evans, Instagram

The 27-year-old is thankful for the current events, while also celebrating Thanksgiving with her kids. While David Eason is having a miserable time missing his child, others are glad she went forward with the divorce. He also claimed not to have abused her as well.

Of course, after all the alleged incidents, it is normal for people to feel good about her choice. The events leading up to this started in early 2019. From threatening Evans' life and allegedly shooting down their family dog to being accused of doing everything for publicity, it's not been a pleasant year for Eason, or for her for that matter.

Is Jenelle finally doing the right things? Stay tuned for more updates of the 'Teen Mom 2' star. For more related news regarding the couple's insane 2019 life, check out the tag links below.

Keep in touch with GlamourFame for further more content, related or not.