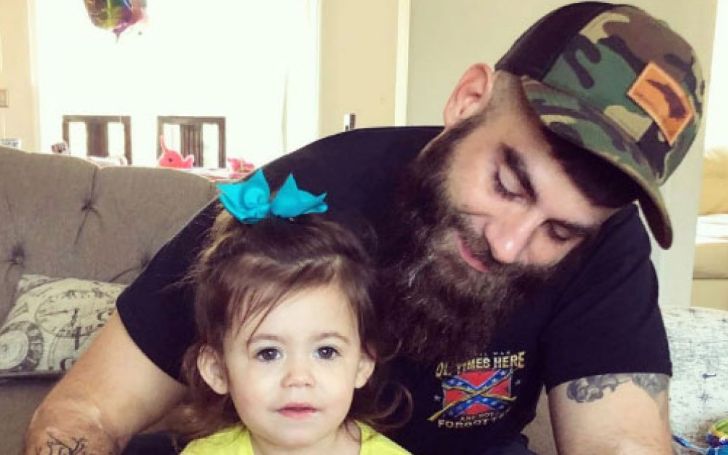 If you are updated with the former MTV stars then you might well know the news of Jenelle Evans cutting off the chain with her estranged husband, David Eason.

The headline did not just make millions of followers shocked but also garnered mixed criticisms towards the internet's disgraced couple.

Evans initially shared the divorce news from David taking to her social media on October 31 via a tweet which reads,

As the news circulated all over the Internet, David fired back the split news, claiming he "never abused her" and shared he was "much happier without her".

Check Out: Is Jenelle Evans Lying About Her Medical Condition??

Recently, David admitted that he misses his daughter as the reality star is temporarily restricted to meet his daughter Ensley. The daddy who can't keep his eyes off his 2-year-old daughter took to his Instagram and shared a short clip of his little princess.

Alongside the video, Eason wrote,

Deer Daddy, I see a deer, deer! I miss my baby more than she could ever imagine and I know she misses me too! I would give anything to take her hunting again right now!

On the other hand, Evans, 27, is recently not active on her social media as her last ever post on Instagram was on October 31 which articulates:

The separation news came six months after Eason allegedly shot and killed bulldog 'Nugget.' After the horrific incident, the family had to deal with hefty troubles, the JECosmetics owner was fired from her longtime show Teen Mom 2, and the couple temporarily lost custody of their children.

We feel him, as it's definitely hard for parents to be restricted from their children, but on the same scenario, we are also worried if David once again shows up with his psychotic acts as he warns at the end of his Instagram post, " I would give anything to take her hunting again right now!

Don't Miss: Farrah Abraham Is Glad Jenelle Evans Is Divorcing David Eason but Not Happy for the Reason Is Doing It >>>

Hoping the problem sorts out soon; what are opinions towards the situation? Stay tuned to find updates on the news only on Glamour Fame.