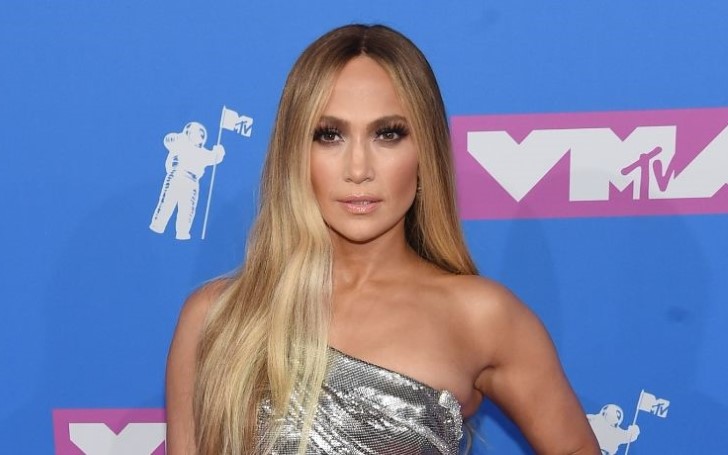 Jennifer Lopez teases fans with a new picture from Hustlers as she flaunts her six packs.

Tone physique with killer abs, flat stomach, and chiseled waist, she has it all.

The newly engaged celebrity Jennifer Lopez has left our jaws on the floor with the new picture she shared on social media.

The singer and actress took to Instagram to share a mesmerizing picture where she can be seen flaunting her zero size figure in a neon pink bikini.

Donned in a halter neck bra top, the 49 years old multi-talented star exposed her body as she looked super sensual. 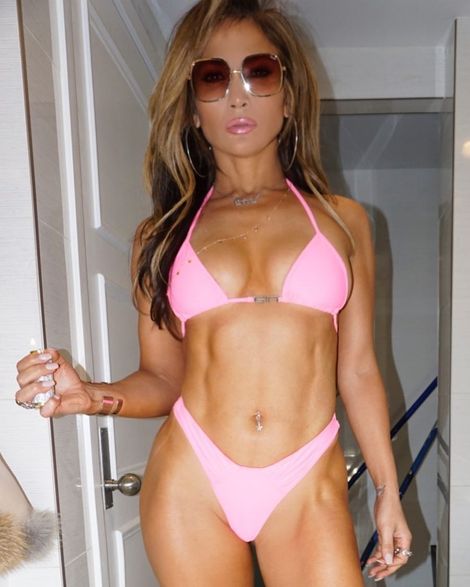 The mother of two accessorized the stunning look with a pair of enormous silver hoop earring, matching flat plain bangles, a collection of rings, and a choker style locket.

To add more glamour to her fabulous bikini look, Jennifer added an oversized brown shade to complete the look as she posed for the picture.

By looking at the dangerously hot picture, it's certain her hard work and strives in the past few months at the gym clearly paid off.

Sharing the jaw-dropping picture to her ninety million followers on Instagram, the 'On The Floor' hitmaker wrote: "I’m a hustler baby... I just want you to know... #Ramona on fire 🔥 On set and in character for #hustlersmovie" for the caption.

As a matter of fact, the picture successfully hit more than two million likes in less than twenty-four hours, earning loads of appreciation and praise from the fans in the comment section.

One of the big fans complimented the star writing: "Looking good mami" followed by tons of love emoji. Likewise, another one wrote: "Yu look lovely in that pink bikini."

The picture comes from the set of her upcoming new film, Hustler, written and directed by Lorene Scafaria.

Jennifer portrays the role of a stripper who bands together along with her fellow colleagues to turn the tables on their customers. 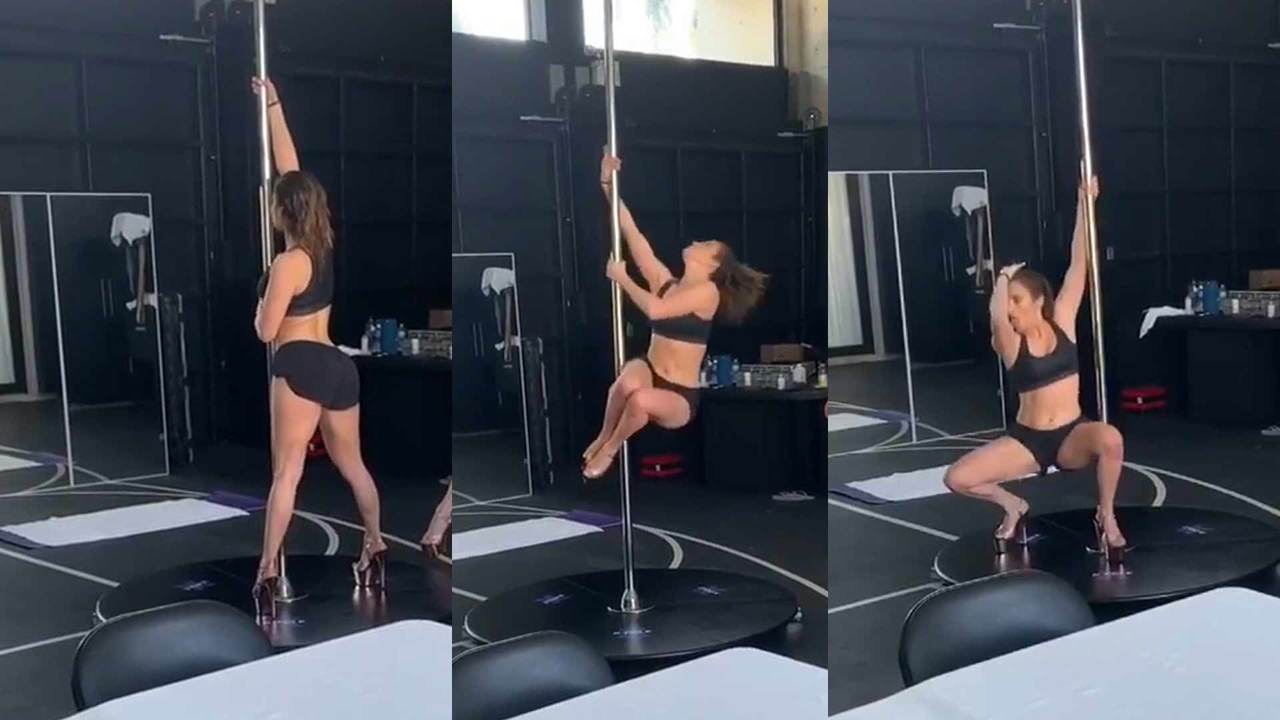 Fiance Alex Rodriguez appears to be very supportive of his partner as he constantly shared multiple videos of her rehearsing a pole dancing on social media.

Earlier last month, during a visit to Jimmy Kimmel Live, the superstar revealed that it has not been easy for the actress to train with a pole.

She said: "I have bruises everywhere. It’s so hard. I have a lot of respect for people who do the pole. It’s much more difficult than [professional dancing]. It’s, like, acrobatic. It’s different muscle groups and the things they do with their legs, upside down, I’m like, ‘What? I can’t… hold on. Can we do that part again?’ It’s hard!"

We're, however, sure JLO did her best to justify the role like she always does and for us, we can't wait to see her magic in the film soon.