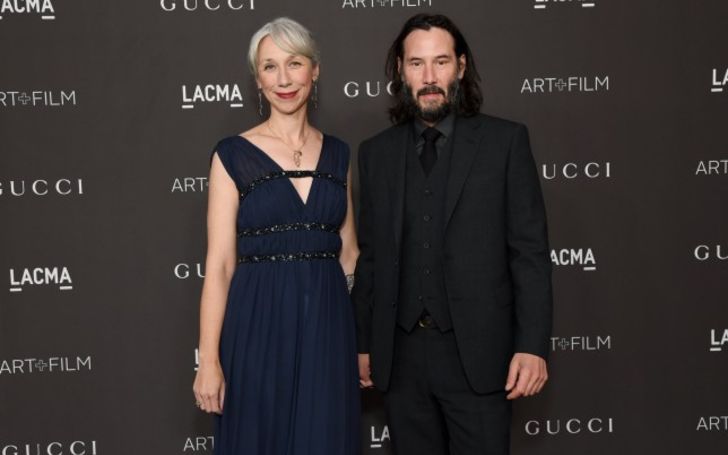 Yes, this might be surprising news to many of you, especially when we reminisce about the tragedy our beloved 'John Wick' star dealt with.

If you are updated with the Hollywood heartthrob Keanu Reeves, then you might well know the facts about the actor's former partner Jennifer Syme who died on 2nd April 2001 from a car accident while returning from a party thrown by Marilyn Manson.

The lovebirds have known each other for years, “started dating earlier this year, but have wanted to keep it quiet.”
SOURCE: Metro

We are happy to see Keanu, 55, moving on and satisfied with his new partner. FYI, Alexandra is an artist who specializes in sculpture and painting and has collaborated with Keanu on the books 'Ode To Happiness and Shadows.'

The couple attended LACMA Art and Film Gala at Los Angeles, which is organized by Gucci, where they looked adorable together.

The 46-year-old was all happy as she attended the ceremony, all happy holding Reeves's hands.

Keanu was dashing in a black three-piece suit with brown shoes. On the other hand, Grant was stunning on a Grecian style navy gown.

So, what do you think about the new Hollywood sizzling couple? Aren't they looking adorable together.

Find Out: Kate Beckinsale Is Officially Divorced From Now Ex-Husband Len Wiseman After 4 Years of Separation >>>

Stay tuned and connected to find updates on the recent Entertainment articles only on Glamour Fame.