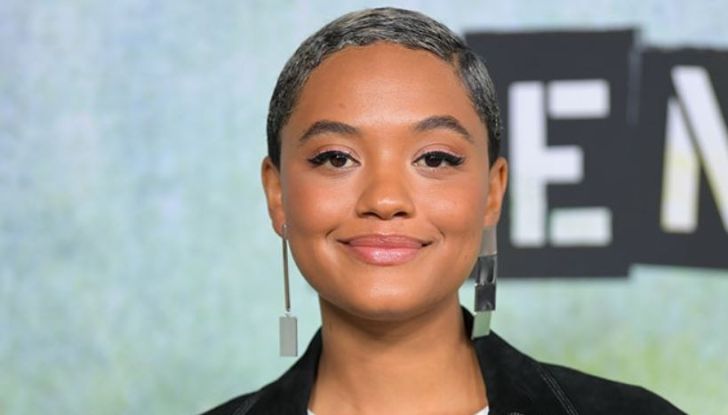 Kiersey Clemons is an American actress, singer, and producer. She is best known for the 2015 comedy-drama Dope. Her other notable works include, Hearts Beat Out Loud, Flatliners, and Zack Synder's Justice League. Kiersey is now set to star in another DC film, The Flash.

Kiersey started her acting feat from Disney films and series; Austin & Ally, Cloud 9, Shake it Up are some of them. Because of her decided role as Iris West in the upcoming The Flash, Clemons has been attracting many headlines lately. The actress was previously caught up in weight loss speculations. Now plastic surgery rumors have been surrounding her. Continue reading to learn the whole truth.

Could a star like Clemons get plastic surgery? Even though she has always been the one to smash stereotypes. The truth is, Clemons is indeed doubted of a few. And her bettering face and physique each year are to blame for it.

It isn't much of a live debate; Clemons is suspected of a boob job and butt implants. Face-lift is another one on the list. Unfortunately, due to lack of proper backing, these are mere speculations right now. Kiersey hasn't responded to the allegations yet, but she has revealed the secrets behind her vibrant beauty.

Kiersey told Allure, "I use apple cider vinegar and witch hazel. And then I have argan oil and rose-hip oil to moisturize. It's the serums and oils that are important." She follows a minimalistic beauty routine and doesn't like experimenting with beauty brands.

Clemons keeps up with her curated and basic workout routine to stay in shape.
Photo Source: Film School Rejects

As for her alluring and curvy body, Clemons has a curated workout routine to stay fit. She shared her workout routine in her interview with CoVetuer. The Dope actress says she keeps up with the basics, like running and swimming. She revealed pole dancing has also helped her maintained her figure.

Clemons's 'Asking For it' Premieres More!

Asking for it, starring and produced by Clemons herself, premiered at the 2021 Tribeca Film Festival on June 12. The film follows a sexually assaulted victim, Joey (Clemons), and her character-driven revenge. It also stars Vanessa Hudgens, Casey Cott, and Alexander Shipp.

'Asking for it' premiered at the Tribeca Film Festival on June 12.
Photo Source: Hudgens Source

Clemons voiced Dee Dee Skyes in Scoob, the Scooby-Doo's first franchise venture into computer animation. Scoob got his theatrical release in the USA beginning on May 21 and has been receiving mixed reviews. Its voice cast includes Zac Efron, Will Forte, Jason Isaac, and more.

Kiersey had been in the news last year because of her blatant romance with her stunt double, Ebony De La Haye. And this time, her rising career has kept Clemons in the limelight. Her upcoming The Flash is a year away from its premiere date, but the hype around it has been incessant and ever-growing among DC fans.