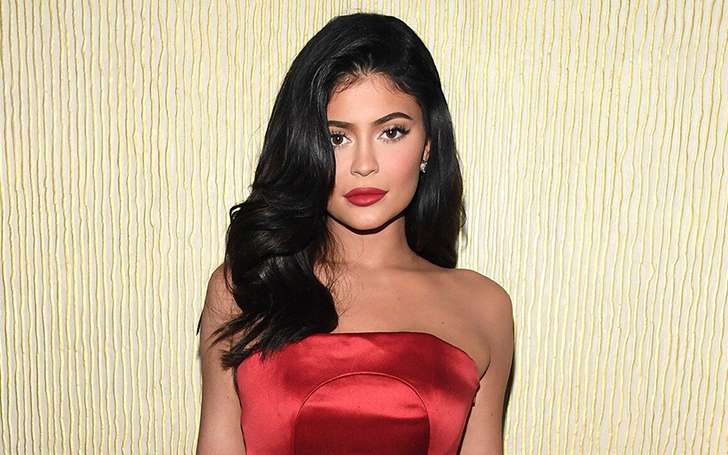 When we think about themes for birthday parties we often go for our favorite superheroes, cartoon or some intriguing characters from movies, don't we? Well, the reality star Kylie Jenner thought to try something different this time.

On Saturday, Kylie, 21, threw a star-studded party her close friend Anastasia Karanikolaou famously known as "Stassie" for her the 21st birthday. Seems like after ending a decade long friendship with Jordyn Woods, Kyle seemed to be hanging with Anatasia.

Check out, Kylie surprising Anastasia taking her to the surprise bash venue.

Well, chains of the Instagram story made us learn that the aesthetic based party was themed on the new season of Hulu's 'The Handmaid's Tale' based on 1985 sci-fi thriller The Handmaid's.

Originally the series is based on the best selling novel by Margaret Atwood which highlights the story of women who are enslaved and forced into surrogacy to maintain society's rigid nuclear family.

Praise Be! the 'motif of greet' at the party which was heard from Kylie's and her girls often in a fun and joking way.

The youngest billionaire seemed no less when it comes to throwing big parties as the luxury party highlighted a red background which featured a dinner table covered in red roses, bartenders serving up "prase be vodka" and a red "Handmaid" robes for every attendee.

According to the sources of Hollywood Life, the star-studded party was joined by various media personalities such as Sofia Richie, Cayley Plotkin, Kendall Jenner, and others.

So What Will Happen To The Friendship Between Kylie Jenner and Jordyn Woods? >>>

So guys what do you think about Jenner's The Handmaid's Tale party theme? Stay tuned and connect to find more sizzling news of your favorite media stars.