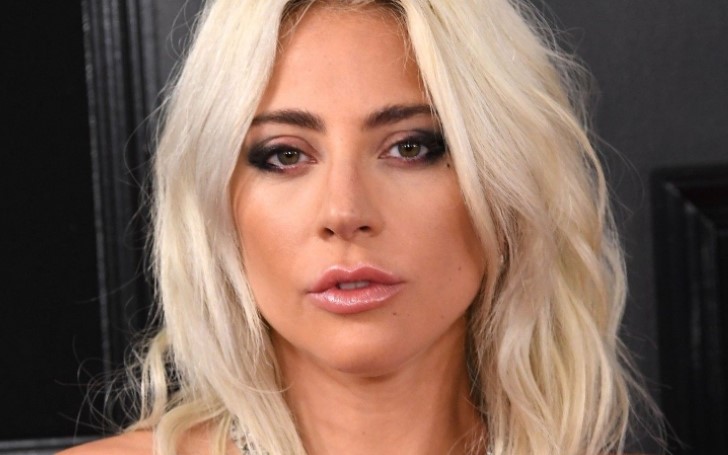 Once again, Lady Gaga amazes us transforming into the fashion queen with her fierce and fabulous 'V Magazine's' looks.

The Fashion queen Lady Gaga celebrates her 10 years association with V Magazine by covering the March/April edition in an eccentric look and outfit.

The 'Shallow' singer always marks herself at the top when it comes to fashion. The beauty queen mystifying outlooks, enigmatic personality, and untypical fashion choices have been found inspiring and fascinating to many fans and trend lovers.

Check out: Lady Gaga and Bradley Cooper Almost Kiss after Their Oscars Performance

She’s an Enigma! Celebrating 10 years of @LadyGaga and #VMagazine, our March/April cover story sees @jeanpaulgoudeofficial transform #LadyGaga into a couture doll. Seen here as a showgirl in @Armani Prive, she returns as the ultimate shape-shifter in this long-awaited #JeanPaulGoude collaboration. ⠀⠀⠀⠀⠀⠀⠀⠀⠀ "We tried to turn Gaga into a living doll, a living icon, like the figurines that people collect and put on their mantelpiece, but life size," explains Jean-Paul Goude. #V118 is on newsstands March 7th. Head to #linkinbio for the full story. ⠀⠀⠀⠀⠀⠀⠀⠀⠀ Photography Jean-Paul Goude Fashion by @aikiualex. Hair by @deki_kazue_hair Make-up by @sweetmayia Necklaces (top and bottom) @Chanel Joaillerie Headpiece @shaunleanejewellery for @alexandermcqueen courtesy #Swarovski On lips @maybelline color sensations On face @swarovski gem stones Casting @starworksgroup @itboygregk Cover story @mathiasrosenzweig

V magazine released the puzzling image on Tuesday where the fashion icon Gaga is lying on a dry grass holding and biting a lightsaber similar to popular space opera 'Star Wars'.

For a decade, V has had the privilege of serving as @ladygaga’s canvas. When she was guest editor of V99 in 2016, she referred to her numerous cover stars as “cover humans,” a term that collapsed the artwork (the cover) and the subject (the star) into one supreme being. Gaga, to us, represents the ultimate “COVERHUMAN”. #V118 marks her 25th time gracing a V cover. ⠀⠀⠀⠀⠀⠀⠀⠀⠀ Photographed in Paris by @jeanpaulgoudeofficial as an intergalactic Marie Antoinette in Atelier @Versace. #V118 is on newsstands March 7th. Head to #linkinbio for the full story. ⠀⠀⠀⠀⠀⠀⠀⠀⠀ ⠀⠀⠀⠀⠀⠀⠀ Fashion by @aikiualex Hair by @deki_kazue_hair Make-up by @sweetmayia On lips @maybelline color sensations. Casting @starworksgroup @itboygregk Cover story @mathiasrosenzweig

In the picture, Gaga is holding a lightsaber and pointing it towards a model. The Perfect Illusion singer was dressed in a dazzling silver leg-split maxi with a gigantic-capote type headwear.

Must see: Kylie Jenner Becomes The Youngest Self Made Billionaire at Age 21

The amusing clicks were taken by renowned photographer Jean-Paul Goude. He later opened about the bond and creative projects the publication and Gaga shared during their 10 years of fashion journey. Goude shared about the motive of the current project:

"We tried to turn Gaga into a living doll, a living icon, like the figurines that people collect and put on their mantelpiece, but life-size"

The Grammy star seemed as if she was straight out of another galaxy by giving us that Galactic Anunnaki's goddess vives. Her extraordinary red, black and golden colored dread type headpiece was designed by creative designer Alexander McQueen. The 'Applause' singer was wearing a colorful Necklace stone from Shaunleanejeweller.

Check out exclusively: 'We’re Nearly There!'’ Meghan Markle talks about the upcoming Baby at Buckingham Palace

When it comes to fashion, Gaga always surprised us with her unique styling concepts. She colluded with the trademark since V's editor-in-chief Stephen Gan met Gaga for sushi in the East Village when Gaga was 22-years-old. Within a decade, the role model has successfully marked herself as couture goddess and influenced fashion trends into the next level.