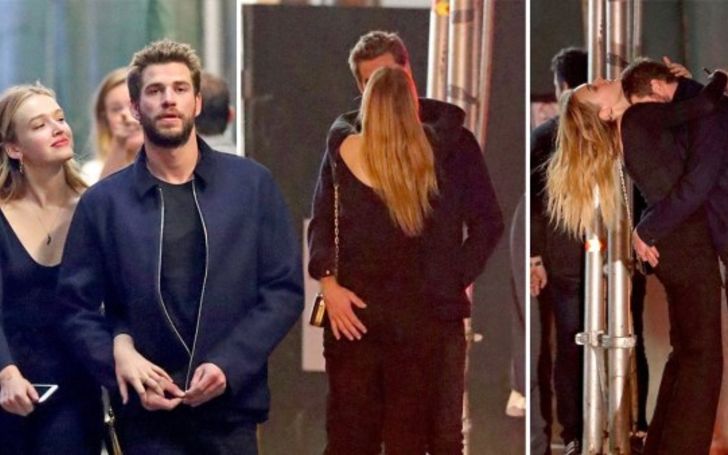 If you are updated with Hollywood news, then you definitely didn't miss the headline of Liam Hemsworth making out with Dynasty actress Maddison Brown shortly after his split with former wife, Miley Cyrus.

Those who are unfamiliar, yes you heard it right! The PDA couple Liam, 29, and Maddison, 22, were initially spotted together exchanging kiss and cuddling during a night out in New York City on October 10, Thursday.

Liam holding his love on his arms and Brown giving his man a kiss on forehead.
SOURCE: Pinterest

Since lots of headlines were made to their unforeseen relationship, Daily Telegraph exclusively interviewed Strangerland actress to know what's really cooking, Maddison shared,

I'm not answering that question. My rule is not talking about my personal life. I understand it, it's human nature… everyone wants gossip. It doesn't really bother me too much I don't really pay attention to it.

Popular news articles came with some aftermath for the statement claiming the actress wanted to keep her personal life away from the limelight and not wanting any attention as she truly believes fame eventually becomes part of it after you get successful.

I can understand it from an objective point of view why people are interested, shares Brown.
SOURCE: Pinterest

Later in the conversation, Brown added, 'as a model or as an actor when you are successful in those industries, fame eventually becomes a part of it, and so I just see it as being part of the job.'

So guys, what do you think about it? Well, we sure do admire the gorgeous sensation's frame of mind

We hope you enjoyed the article; stay tuned and connected to find out Entertainment updates only on Glamour Fame.