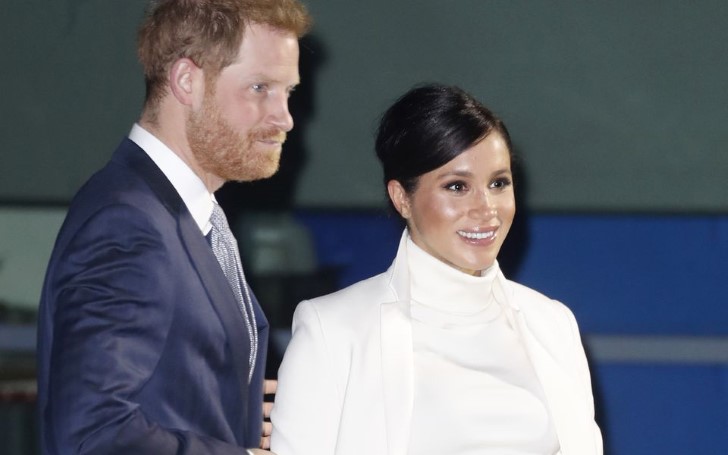 The Duchess of Sussex Meghan Markle looks radiant in a white Calvin Klein dress at the Gala performance event.

Wherever she arrives, all the attention inevitably gets attracted to her. And Meghan Markle in London the other night can be considered as one of those times.

The Duke and Duchess of Sussex attended the Gala performance of The Wider Earth at the Natural History Museum to watch a play about Charles Darwin in London last night on 12th Feb.

Both Prince Harry and his wife Markle looked stunning in their formal attire when they stepped outside from their lavish car. Moreover, the Duchess looked all smiley and sweet as she clutched her baby bump whilst stepping out. 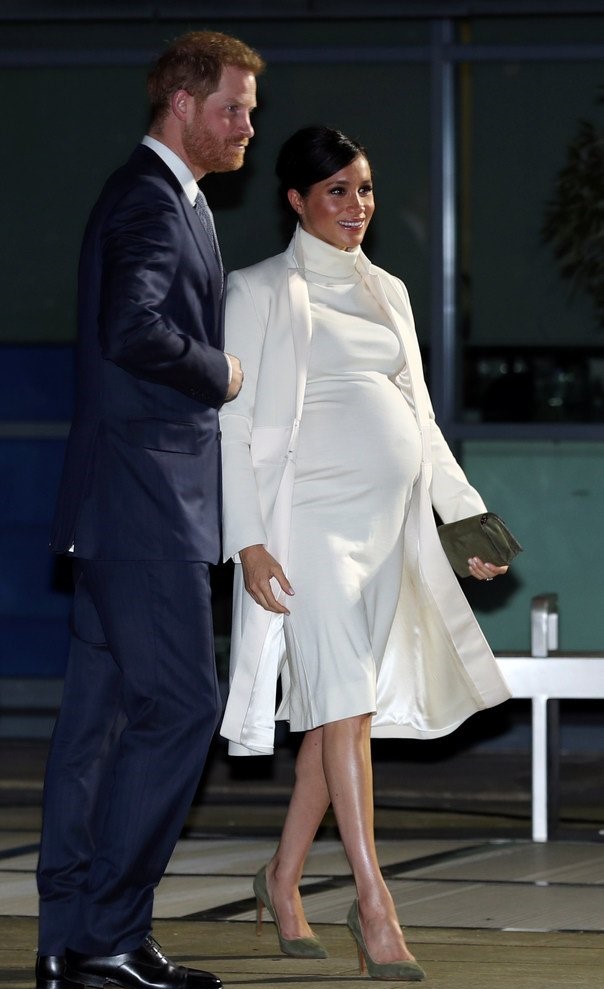 Keeping up with her signature classy look, the 37 years old Royal looked radiant in a white Calvin Klein custom cream roll-neck dress she accompanied with an £895 Amanda Wakeley coat for the ceremony.

The former Hollywood actress opted to wear her shiny dark brunette hair up in a sleek chignon.

"You do not have to be defined by your injury or disability. You may not realise or appreciate it yet, but do not underestimate the incredible impact you are having on those around you, by simply being yourself." — The Duke of Sussex, as he and The Duchess attended the #EndeavourFundAwards. The Duke presented Shaun with the Endeavour Fund Henry Worsley Award — swipe to watch Shaun’s story. Shaun Pascoe was diagnosed with Post Traumatic Stress after numerous tours around the world with the @RoyalAirForceUK Medical Emergency Response Team. He has now set up the Forces’ Sailing Charity @TurnToStarboard, providing more than 1200 sailing opportunities to service personnel and veterans. The Endeavour Fund Awards celebrate the achievements of wounded, injured and sick servicemen and women who have taken part in remarkable sporting and adventure challenges over the last year to help with their recovery.

The Duchess accessorized her outfit with simple yet delicate stud earrings. With a bright pink manicure, the soon to become mother carried an olive green purse and completed her dress with a pair of matte olive green heels.

Likewise, husband Prince Harry, 34, kept his attire formal by wearing a lighter shade of blue suit and pants accompanied with a gray tie.

Previously last year in October, the famous Royal couple worked with the Queen's Canopy midst their royal tour to Australia, New Zealand, Fiji, and Tonga, where they honored and launched sites devoted to the conservation of wildlife nature.

The Gala appearance of soon to become parents comes just a day after Harry's brother and sister in law, Duke and Duchess of Cambridge, Prince William, and Kate Middleton attended the 2019 BAFTA Awards.