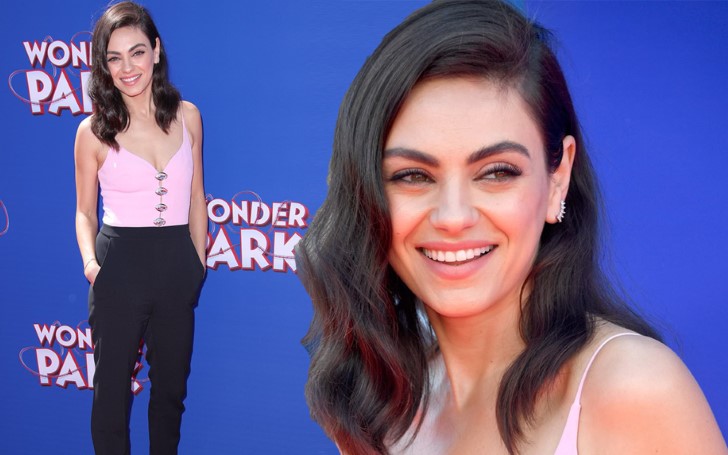 Mila Kunis rocks the Wonder Park Premiere at LA in a sleeveless pink and black suit.

'Friends With Benefits' star Mila Kunis graced the red carpet at the Wonder Park Premiere in LA when she arrived there looking beautiful as ever in a pink and black suit.

The 35 years old actress opted to wear a sleeveless outfit that features a pink top with thin spaghetti straps and a black fitting pant attached to the top.

The simple yet an elegantly chic outfit featured an attractive silver and sparkling clasps attached downward on the front side of the slightly revealing cute top. 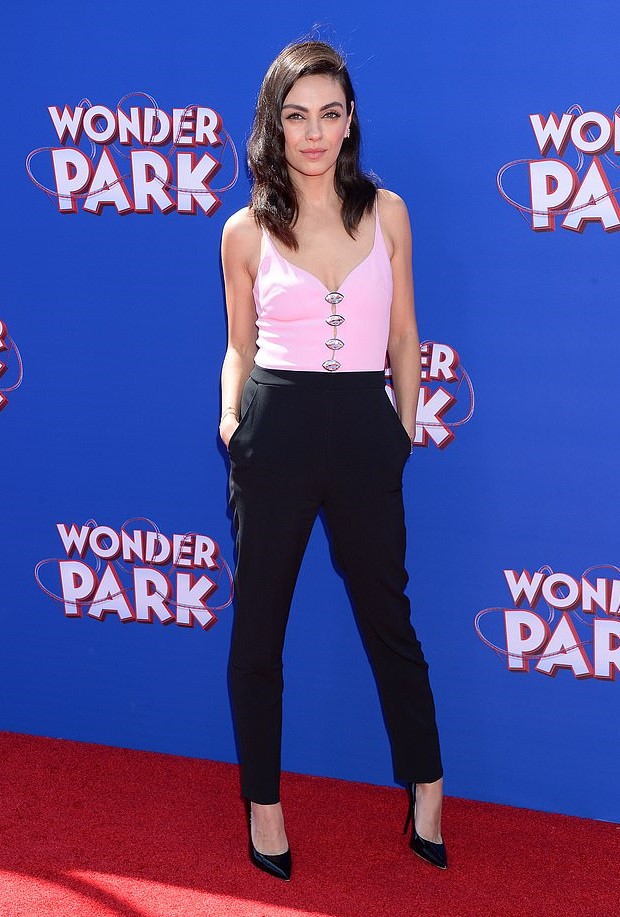 Mila Kunis in a pink&black suit at the premiere of Wonder Park
SOURCE: Dail Mail

Mila matched the look with a pair of simple cuff earrings and a thin silver matching bracelets.

You may also like: 21 Savage Gets Sued for $1 million By Promoter in Civil Case

The actress applied a slight touch of a makeup palette over her face with a thick eyeliner she accompanied with a bright nude lipstick.

Keeping her black lock of shoulder-length hair in loose curls with a side partition, the gorgeous actress completed her event look with a pair of black & shiny stiletto-heeled shoes.

However, her film's colleagues Crazy Rich Asians' star Ken Jeong, Brianna Denski, joined her on the carpet as they posed for few clicks in front of numerous photographers. 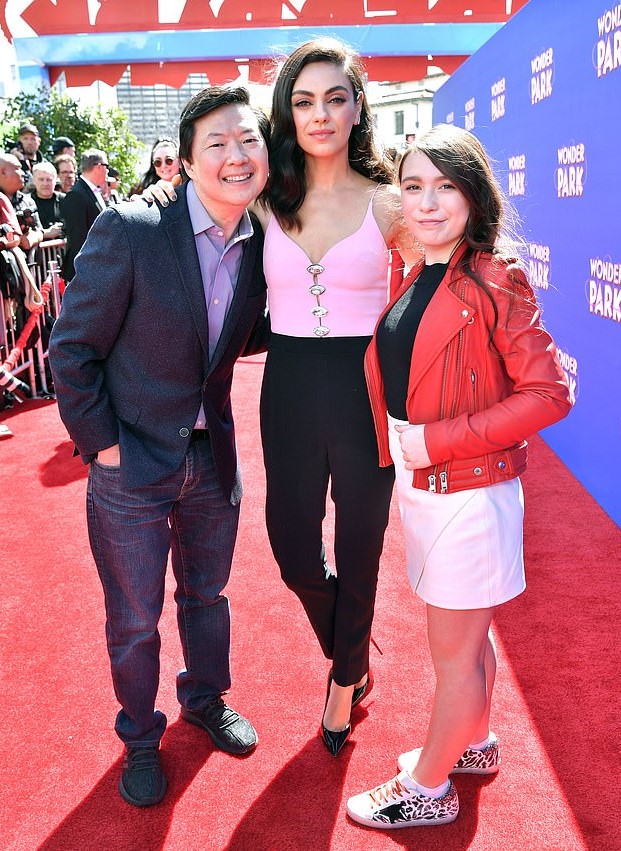 Mila voices over one of the characters in Wonder Park, the newly made Paramount's animated film.

The co-writers, and producers of the film, Josh Appelbaum and Andre Nemec shares the message of the film on the importance of imagination, further explaining that 'even if you're going through something tough in life, that if you stay true to who you are and what's important to you then you can get through anything.'

The $100 million budget film directed by David Feiss reveals the story of a wildly creative girl named June whose imagination comes into reality inside a magnificent amusement park.

Rising teen star Denski delivered her voice to June in the film that marks as one of her first major roles.