The newlywed Hollywood couple Miley Cyrus and her husband Liam Hemsworth did not show up at the 91st Academy Awards. That's because the couple had to attend the Vanity Fair's official after party.

As they arrived at the Vanity Fair's official after-party on Sunday night, Mr. and Mrs. Hemsworth both killed the red carpet by making a sizzling appearance.

Cyrus wore an elegant black shimmering sequined dress with a huge plunging neckline that put her cleavage on display. 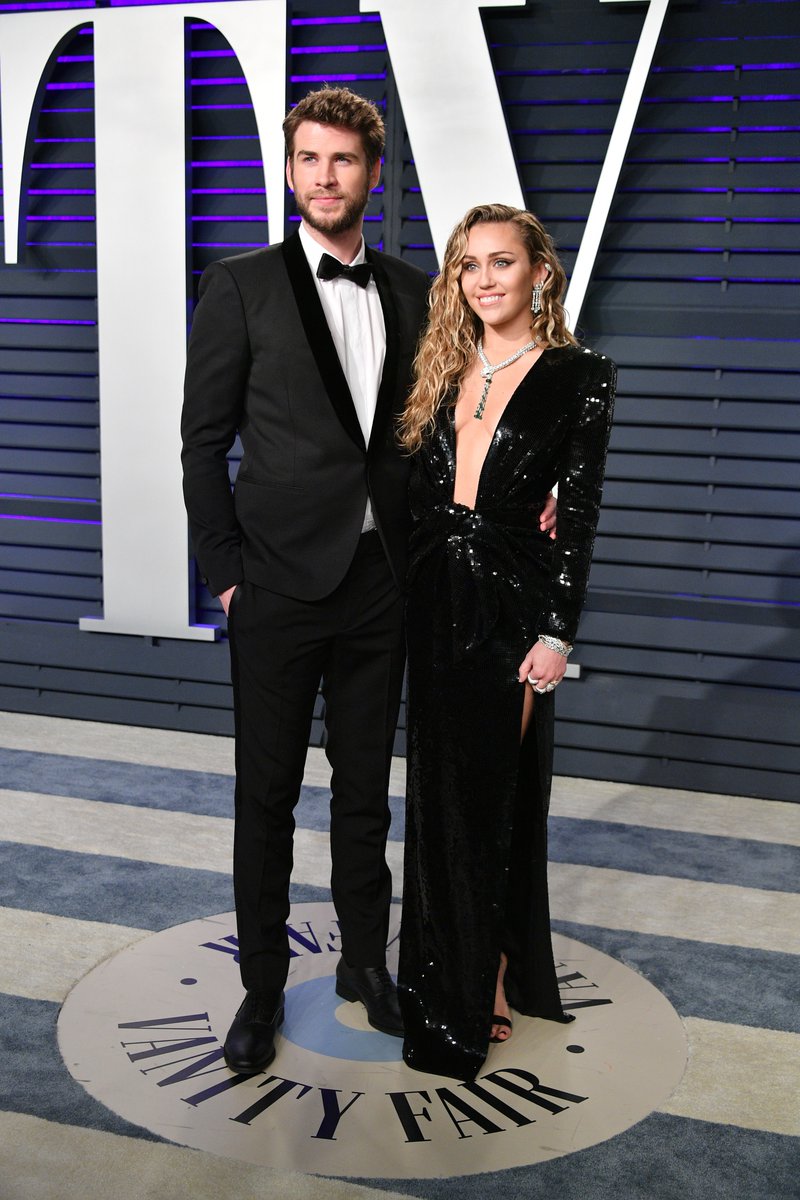 Donned in a black tuxedo with a bowtie and velvet lapels Husband Hemsworth looked no less hot and neat at the party. The 29 years old star' recent red carpet appearance comes after he spent the last few days in hospital due to health issues.

Liam suffered from a Kidney stone as he previously missed a couple of few events including the premiere of his latest film, 'Isn't It Romantic?' at the beginning of this month.

His wife, Cyrus attended the premiere to support the actor in his absence.

As Liam is back to being healthy, the pair is also back at serving appealing red carpet looks, as they previously attended the pre-Oscars dinner hosted by Chanel on Saturday.

At the couple's attendance at the pre-Oscars dinner, the '7 Things' singer wore a shimmering two-piece outfit by the French fashion house, whilst her 'The Last Song' co-star turned up with a dark green pant and a velvet black blazer.

Meanwhile, for Cyrus and Hemsworth attending the Vanity Fair after party is a yearly tradition. In a red carpet interview with E! News, Miley said:

"It's something Liam and I have been coming to together for the past seven years,"

The young couple tied the knot in December last year. Previously, the singer shared some intimate pictures from their low-key wedding on her Instagram.