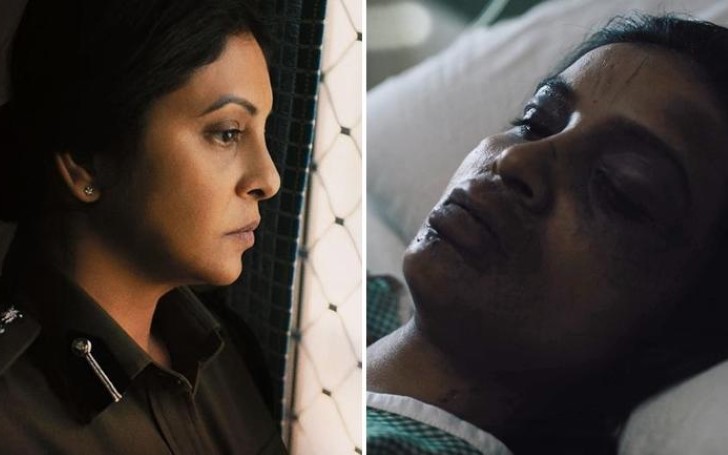 Delhi Crime, the Netflix India original, is based on the investigation of the horrific 2012 Nirbhaya gangrape case where a young student was gang-raped and her male friend, assaulted as they made their way home after watching the film Life of Pi in South Delhi.

The seven-part Netflix crime series, written and directed by Richie Mehta will take us six and a half years back when the rape case shook the conscience of the world with the horrific details of the bloodcurdling crime while the news hit the headlines day after day and everyone prayed for the survival of the rape victim. 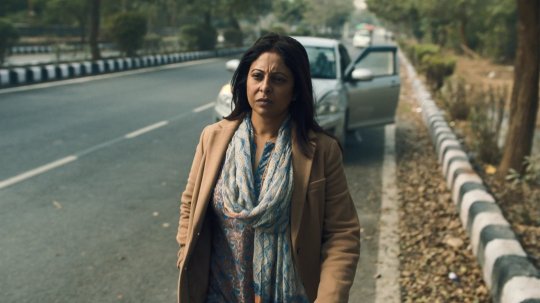 The Netflix series based on the bus rape begins with the aftermath of the crime following the police investigation until the subsequent capture of all six men including the bus driver involved in the violently horrific crime.

Actress Shefali Shah, portraying character of Vartika Chaturvedi, DCP South Delhi in the series revealed the case Nirbhaya was indeed an agonizing story of pain and sheer loss of light while the courage and determination of the other woman involved in the case Chhaya Sharma, then the deputy commissioner of police (DCP) was inspirational and praiseworthy.

"As a person - as a woman - yes, Nirbhaya was about the sheer loss of light, the pain, the agony. But when I read the script, I realized there was another woman - not a man - who picked this up and fought it through and got justice. She fought for all the women in this country."

"She is the star of the show and it is exactly how it had to be", says Mehta. Without DCP Sharma, he believes, this could have been a very different story.

"To me, it all stems down to the fact that if the female DCP was not the first person to arrive at the hospital and did not get a chance to see this victim and react the way she reacted, they probably wouldn't have caught these guys. It was her reaction as a human being, as a woman, that marshaled everybody to make this happen."

However, DCP Chhaya Sharma is uncertain about the possible altered outcome if she wasn't the first high-ranking officer to arrive for she believes it depends upon the sensitivity of the officer regardless of their gender.

"I don't know that if a male DCP handled it, the case would have been different. I can't really say - it depends on the sensitivity of the officer, male or female. But being a woman, I think it gave some credence to the case. When it's rape, something happens to me - seeing the critical condition the victim was in, it moved me."

Initially, Mehta himself was uncertain if the incident should actually be made into a series as it addressed a very sensitive subject when the idea was proposed six years ago.

"I initially didn't think it was appropriate - I didn't think anyone should make a film on it, certainly not me."

He eventually changed his mind after reading the court verdict and meeting the people involved.

"The point of making something like this is not just a creative one. You're dealing with such a sensitive subject that affects all of us. The conversations are already being had around something important - and it will raise more conversations."

Furthermore, Mehta spoke to the victim's parents before the series came out.

"Their response was if something good can come from this, this interpretation, then go for it."

The recent Netflix crime series narrates a detailed account of the entire investigation process showcasing a different side of the institution and to give them some credit for their hard work in contrary to the prevalent distrust and negative mindset of people towards the police department.

The series project how all the six accused were nabbed in a span of five days with some of the best brains of Delhi Police at work.

Dehli crime series based on the investigation of Delhi Police into the 2012 rape case and does not go into the details of the brutal act. It, however, celebrates the efforts of the Delhi Police providing very close peek into their lives where they work round the clock with minimal facilities in order to provide justice to the victim.

The series sends us back to 16 December 2012, where  23-year-old medical student Jyoti Singh and her friend Awindra Pratap Pandey were returning home after watching a movie in South Delhi. After rigorous studies, the night was supposed to be a break for the aspiring physiotherapist. The pair boarded the bus from Munirka bus stop where they were looking for a ride back home.

The bus as per the reports was off-duty and carried six passengers including the driver. After some time, the bus unusually changed its route and stopped. Immediately, the passengers locked the doors and turned the lights off and attacked Awindra and Jyoti. Awindra was beaten unconscious with an iron rod while Jyoti was subsequently raped for hours in turn by six men alongside beating and biting her, and sexually assaulting her with the iron rod they used to knock Awindra unconscious.

According to the initial statement of Singh to police, she was raped in turns by six people in a moving bus.

‘They tore my clothes and raped me in turns. They hit me with an iron rod and bit me on my entire body with their teeth. They took all the belongings, my mobile phone, purse, credit card, debit card, watches, etc. Six people raped me in turns for nearly one hour in a moving bus.’

Afterward, the men dumped them both naked on the side of the road. Both Awindra and Jyoti were rushed to the hospital.

Also see: Netflix Cancels The Last of Its Marvel shows 'The Punisher' and 'Jessica Jones'

According to medical experts, the men penetrated Singh with an iron rod, which ruptured her intestines and caused severe internal damage.

In the hospital, Singh managed to write, ‘I want to survive,’ on a piece of paper which was later handed to the police.

After five surgeries, Jyoti was transferred to Mount Elizabeth Hospital in Singapore on 26 December by the Indian government. Unfortunately, on the flight to Singapore, Jyoti reportedly suffered a cardiac arrest eventually leading to severe brain damage and infection. She died on 29 December 2012.

Initially, due to the victim privacy laws in India related to sexual assault, Jyoti was first referred to as ‘Nirbhaya,’ which translates to ‘fearless.’ 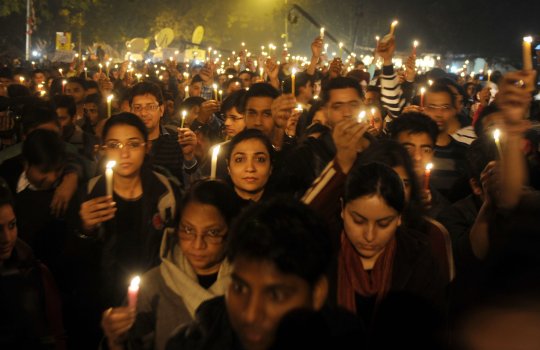 Jyoti was first referred to as ‘Nirbhaya,’ which translates to ‘fearless.’
SOURCE: Metro

Following her death, her parents decided to disclose her name in hope that it would help remove the stigma the victims of sexual assault often feel.

The four of the assaulters were identified as Ram Singh, Mukesh Singh, Vinay Sharma, and Pawan Gupta were arrested within 48 hours of assault while the remaining two Akshaya Thakur and an unnamed 17-year-old juvenile were arrested a few hours later.

Initially, the five men pled not guilty to 13 charges in the court which included rape and murder.

As the case continued to March 2013, one of the convicted Ram Singh killed himself in jail.

On August 31, the juvenile was sentenced to three years in a reform home while the remaining four were found guilty and were sentenced to death.

On completing three years in jail, the juvenile was released from prison following which protests erupted across India.

Though the victim passed away, the heinous crime left a scar on the psyche of everyone in the world through the nightmarish details of the crime.