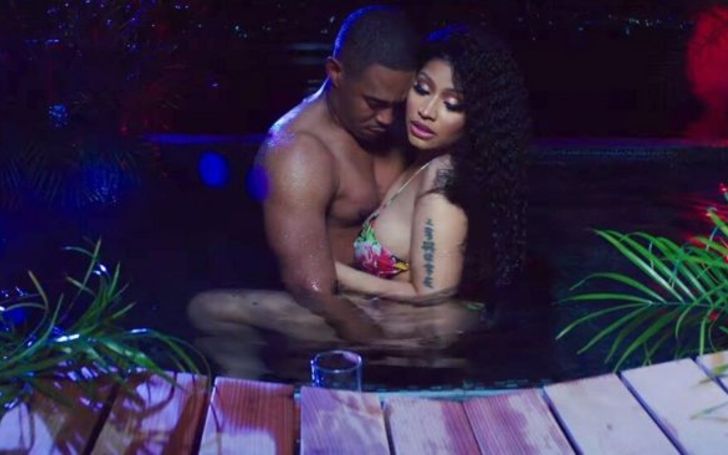 The 'Starship' hitmaker Nicki Minaj is well known for her styling preference, enticing songs, and viral challenges but this time Tobago rapper 'nailed it' with her super sexy new outfit.

Taking to Instagram on Wednesday, Aug. 28, the 'Anaconda' hitmaker shared an alluring snap wrapping her arms around boyfriend, Kenneth Petty.

Minaj's bootylicious physique with those assassinating eyes surely dropped the jaws of many.

The 36-year-old star opted for fiery neon red and yellow ensemble open dress. Minaj flaunted off her envying larger than life figures, which was perfectly matching with thigh's thong and sky-high heels.

If you are updated with Nicki, then you might know that she has been dealing with lots of backlashes from her relationship with Kenneth, 40 and their marriage license.

The post drops weeks after Minaj unrelieved on an episode of her Queen Radio show that Nicki and her boyfriend Petty will be married in "about 80 days," adding that they filed for the license and due to work schedules they had to renew it again.

Despite all the backlashes, the head over heel lovers is going stronger than anyone else. Kenneth who tattooed Minaj name on his neck was accused as a sex offender which Minaj defended claiming it as fake.

The lovebirds who protect each other no matter what the situation be are often seen traveling around and sharing their adorable couple snaps.

So guys, what do you think about the Barbie relationship with Petty? Stay tuned and connected to find the update on the news.