home Lifestyle Is Olivia Jade Giannulli Dating as of 2021? Learn About Her Relationship Status Here

Is Olivia Jade Giannulli Dating as of 2021? Learn About Her Relationship Status Here 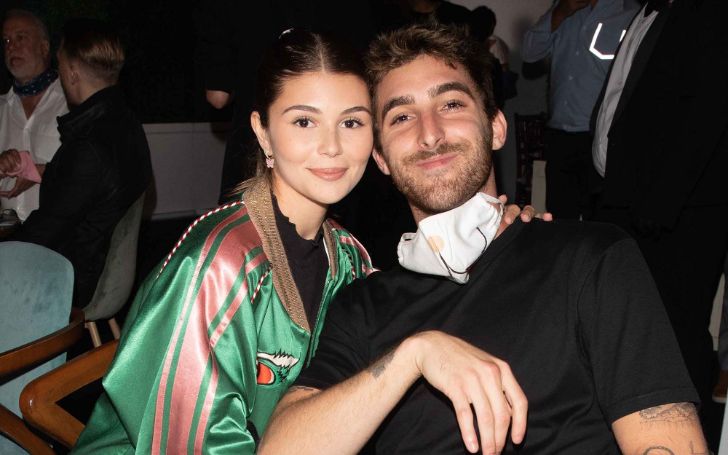 Who is Olivia Jade Giannulli Dating? Learn about her love life.

Olivia Jade Giannulli is a YouTuber. While studying high school, Giannulli started her social media career on YouTube and Instagram. As of 2021, both accounts have amassed more than one million followers. Her weight loss videos are some of the most-watched content on her social media pages.

On September 28, 1999, she was born in a prominent family to Lori Loughlin and Mossimo Giannulli, famous fashion designers. Giannulli graduated from Marymount High School in LA and joined the University of Southern California in 2018.
She quickly rosed to fame as a content creator and YouTuber; many fans are curious about her love life. Continue reading to know more.

Is Olivia Jade Giannulli Dating as of 2021?

It seems Olivia is currently single as of now. After splitting up with her boyfriend, she focuses more on her career as a Youtuber. Moreover, she seems to enjoy by engulfing in nature as a single company.

Olivia Jade Giannulli and Jackson Gunthy split up after going through various up and downs.
Photo Source: People

Previously, she was engaged in one relationship. She was in a relationship with singer/songwriter Jackson Guthy. Their love story dates back to early 2019, but their relationship has gone through various ups and downs amid the countrywide college admissions scandal.

Related: Who is Alvaro Morte's Girlfriend as of 2021?

After getting into a media controversy, the Youtuber influencer lost her many brand deals and temporarily stopped posting videos on her channel. Even though facing backlash Jackson was always there for Olivia. It wasn't easy, given the crazy amount of spotlight on them during that period.

Due to many reasons, they gave a break to their relationship. However, they later reconciled. Olivia Jade also re-entered the social media sector in LA in 2020. Still, she decided to keep a low profile on social media and only uploaded two YouTube videos to her channel during that period. She also spoke publicly about the controversy for the first time on Facebook Watch's Red Table Talk in the timeframe of late 2020.

Olivia Jade gave confirmation in August 2021 that she and Guthy split again. When a fan asked her question, "R u single?" during an Instagram Story Q&A, to which she publicly replied, "I am indeed."

Olivia Jade Giannulli, daughter of Lori Loughlin's and former "Bachelor" star Matt James, allegedly appears in Season 30 of "Dancing With the Stars." Olivia, 21, was seen accompanying the rehearsal studio Tuesday, which later got published with video by TMZ, which announced that her professional partner seems to be Val Chmerkovskiy.

Nevertheless, James, 29, has also been put into the lineup for the forthcoming season of the ABC dance competition show, which was reported by US weekly. It remains unclear who he'll be put together with.

Don't miss out: Who is Jane Pauley? Who is her Husband?

Reports for Giannulli and James did not straight away respond to Page Six's requests for remark. ABC also had no opinion. Furthermore, the stars are trying to save their conscience, as they both have been swept up in headline-making scandals in recent years.