home Entertainment Does Sterling Sharpe Have a Wife? Learn Details of His Romantic Life and Daughter

Does Sterling Sharpe Have a Wife? Learn Details of His Romantic Life and Daughter 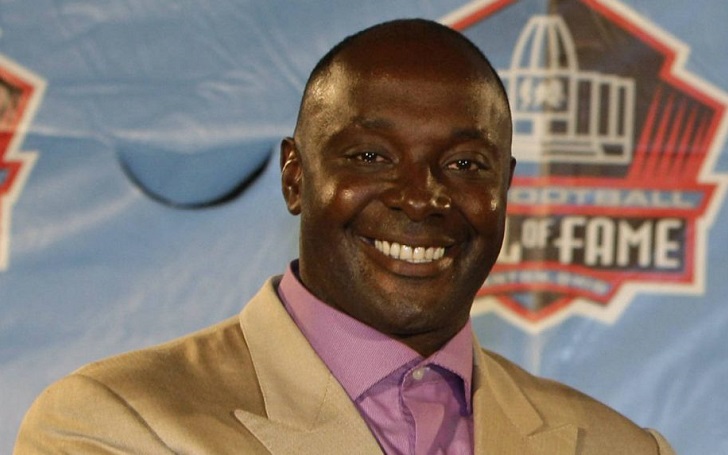 A short but successful career has hailed him one of the most influential players in the NFL. Sterling Sharpe now works as an analyst for the NFL Network as a sense of the game still resides in him.

Sharpe started playing wide receiver for the Green Bay Packers after they picked him in the as round seventh overall draft pick in 1988. Since then, he continuously got into the Pro Bowl five times, except in 1991. His career was cut short after he suffered a neck injury in 1994.

Following in his footsteps, his younger brother, Shannon Sharpe, should remind you of who he is. The two look so alike and are quite close. Shannon credits him and their grandmother, who passed away in July 2011, for introducing the game to him and honored Sterling with the first of the three Super Bowl rings he won.

There's one more Sharpe sibling, an older sister named Sherra "Libby" Sharpe. As far as the romantic life of Sterling is concerned, he remains a zip tight about it. But we do know he has a daughter, and you won't believe how grown up she is.

The Unknown Mother's Daughter, Sommer Sharpe Is a Spokeswoman for the South Carolina Department of Corrections

Despite Sterling never opening up about the mystery woman who gave birth to his only child, a daughter, by the name of Sommer Sharpe, he is quite close with her, even after she is already grown up. She was born on November 21, 1993.

Sommer has not popped up publicly in photos with her father yet.
Source: Sommer Sharpe

Sommer values her father's football life quite profoundly. She proposed a visit for him to the Williams-Brice Stadium back in 2016 for the first time since he was a player 27 years before the visit. She was working on a project depicting her father's career and accomplishments back then. She took him and shot some videos inside the stadium.

Sterling's daughter was already working in certain areas of her sector before her graduation. She interned at the Public Relations department of the Press Office of Governor Nikki Haley in the State of South Carolina in 2013 and was an important individual in the Communications and Fundraising events during the Haley for Governor Re-Election Campaign for a year and six months.

This Might Interest You: The Mother of Vince Neil's Son, Neil Jason Wharton, Has Been Revealed

After graduation, the 26-year-old joined the South Carolina Department of Corrections in November 2016 as their Public Information Director, and she's been working there ever since. She was working in a care center for St. John Neumann Catholic School, which she left in December 2016. Her LinkedIn profile should give you the idea of her work history.

American Football is a violent sport; the 54-year-old agrees as he knows what the sport can do to a person's physicality. He's had that experience first-hand.

There's a lot of people walking the face of the Earth who didn't play football and their minds and bodies are really screwed up, for whatever reason.

During an interview back in June 2018, when Sterling was asked if he would ever let his son (if he had one) play football, he was ambiguous about it but conceded to the fact that if one person wants to play football, he wouldn't stop them. Fair point, considering how he let his younger brother continue playing football after his horrific injury. He considers Shannon even better than him.

"There's a lot of guys who played football and got themselves beat up. I understand it's a violent game, but who am I to tell someone they can't do something they want to do?" he replied to the question. "Yeah, I would let my kid play."

Sterling's Younger Brother Has Three Kids of His Own

Shannon Sharpe and his fitness instructor ex-girlfriend, Katy Kellner, split up last year and started dating Marlon Byrd. It was not known at the time that she was with Byrd, but she showed off a baby bump after the split, and people were questioning if the baby was Shannon's.

Kellner's baby was not his; neither was Kellner the mother to Shannon's three kids. Two of his kids are daughters, Kayla and Kaley, and the other is a son named Kiari. They are believed to have been born from two different mothers, who have not been identified yet.

Stay tuned and connected to GlamourFame for more Entertainment content. We cover as much as possible, across numerous genres of articles. Keep in touch.