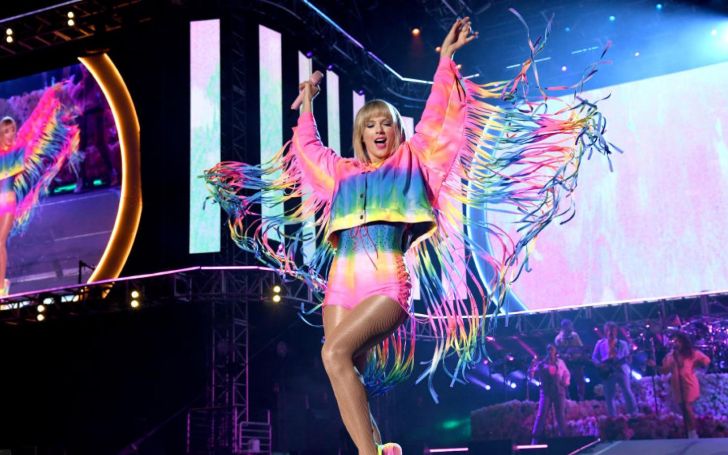 The 'Me' hitmaker Taylor Swift who recently dropped her seventh album 'Lover' talks about her first-ever album ownership rights and plans of re-recording her past super hit albums track.

As per Billboard reports, fan awaited long hours and even camped whole night to see their beloved star Taylor. The sweet-hearted Taylor later embraced all her supportive fans spreading her captivating smile and acknowledging them with mesmerizing words.

Talking to Robin Roberts of 'Good Morning America,' the 29-year-old star was initially shy sharing out the details of her seventh album 'Lover' as it resembled a special connection with being the first of her albums she will have full ownership.

If you are updated with the news of highest grossing musical star, then you probably might know Taylor's controversial feud with entertainment director Scooter Braun for ownership issues of every track that Taylor recorded in Big Machine records between 2005 and 2018.

"Quoting them like a poet, I don't know. I think that would be a little...one thing about this album that's really special to me is that it's the first one that I will own of my work," Swift told Roberts, referencing the fact that she will have control of the masters of Lover, which will drop on Friday, Aug. 23.

In the middle of the interview Roberts asked the reports of Swift planning to re-record all of her six albums, where Swift replied saying,

Yeah, that's true and it's something that I'm very excited about doing because my contract says that starting Nov. 2020, so next year, I can record albums 1-5 all over again. I'm very excited about it. Because I think that artists deserve to own their work. I feel very passionate about that... it's next year. It's right around the corner. I'm gonna be busy. I'm really excited.

Prior to the news, during recent Teen Choice Award, Taylor was praised and honored for her new drop 'You Need To Calm Down' for promoting and suporting the LGBTQ community.

That's what makes Taylor Swift whoever she is now; loved and supported by millions of her fans. You'll be hearing Taylor's rendition of tracks from all her previous one to five albums starting from November 2020. Well, for the auspicious news, we would like to congratulate Taylor for finally owning full rights on her track and best wishes for her re-recording, we sure hope for the song to be a massive hit.