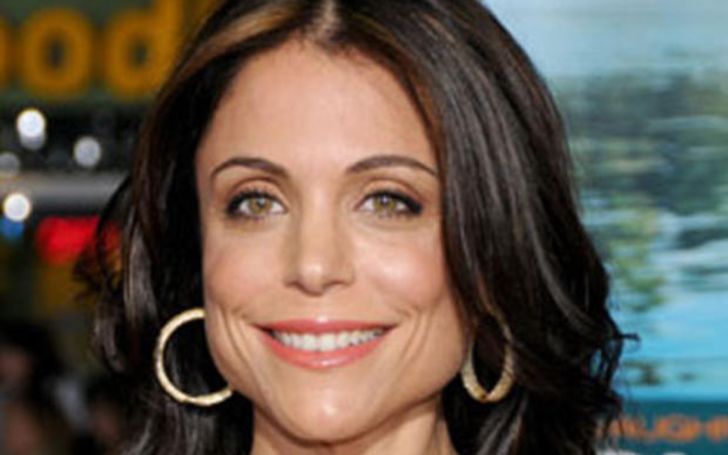 Last Thursday, the season finale of The Real Housewives of New York was aired and it was rather a horrifying experience for Bethenny Frankel.

Back in December, Bethenny had near-death experience.

The Skinnygirl founder revealed back then she was seconds away from dying after suffering a severe allergic reaction to a soup entailing fish. At the time Frankel said she immediately began to feel itchy and even went unconscious.

It was a scary time for her and everyone concerned about her. The season finale went into a lot of detail when it caught up with December's fiasco.

"I got back from being in Boston with my boyfriend yesterday, and the two prior days, I spent in ICU in Boston because I had an anaphylactic shock incident," Bethenny accounted.

Also Read: Some Serious Drama Reportedly Went Down On Stage At The Real Housewives Of Beverly Hills Season 9 Reunion Taping

"Paul brought me a hot miso soup. Miso itself doesn't have fish in it, [but] this particular miso soup had bonito in it, which is this type of fish flakes. I have had a severe fish allergy my entire life."

‘Paul left to get the Benadryl, and he came back three minutes later, and I was unconscious. He was able to get Benadryl and water down my throat and call 9-1-1, Bethenny said in a statement.

Bethenny revealed with tears in her eyes thanking Paul for saving her life. She added Paul was trying to act like everything was okay, but ‘his face, his eyes looked worried yet he was keeping it together and totally calm.’

Bethenny had just drunk a cup of hot soup, and it happened before where she felt a little itchy or bumpy, and then her hands felt swollen. Bethenny narrated of Paul asking, 'Do you want me to get you a Benadryl?' Paul was seeing if she was still breathing, and she wasn’t anything but drooling.

Bethenny ultimately got in the ambulance and got jammed a rocket pen in her leg. She was taken to the ER, after which she heard the guy say ‘if it had been five more minutes, it would have been too late.”

Frankel says she doesn't want to be alone now.

The 48-year-old reality star said she felt the presence of Dennis Shields and he was pulling her. She, however, affirms of being done with him.

As such, Bethenny added in a confession stating:

"I'll always love Dennis. I talk about him, I think about him every single day, but he always wanted me to be happy, ultimately. He would always say to me, 'You will find someone who will love you and treat you the way that you deserve to be treated.' It was some sort of closure with Dennis. 'I'm not going with you.'"

Elsewhere, the rest of the installment focused on Luann's cabaret show, and how she welcomed the women to her show, only to fade them away.

But the drama did not really originate from that. Dorinda began to ponder where the eff Tinsley was getting her cash.

Tinsley and Scott broke up a while ago.

Dorinda, though, thought there was more to the story than Tinsley was showing, so she cornered her to ask where she was getting her finance.

You May Also Like:  'The Real Housewives of Beverly Hills' Star Lisa Vanderpump says Brother's Suicide was Unintentional

As expected, Tinsley was enraged but did not tell the ladies anything besides that she and Scott were certainly over.

That's a story line that will probably continue next season.