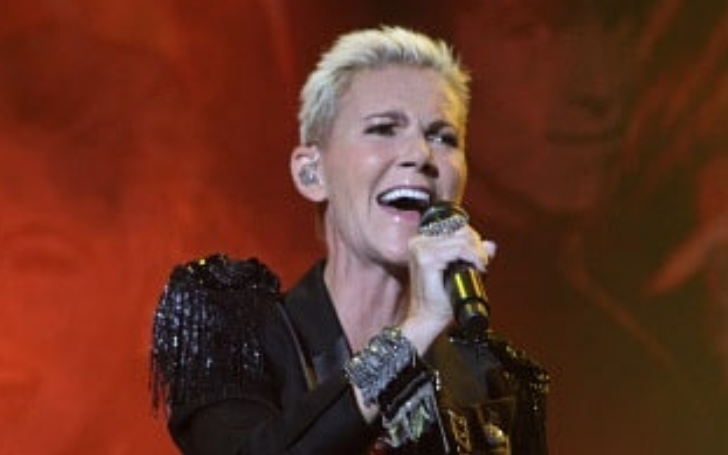 Gun-Marie Fredriksson is a well-known Swedish Pop singer-songwriter and a pianist. The singer is highly acclaimed as a soft-rock duo, Roxette along with her partner Per Gessle.

Fredriksson, with her powerful and energetic voice, has touched and won every heart and soul whoever came in touch with it. There is obviously so much to know about this amazing human. So, allow us to present to you top five facts about the greatest Swedish rock singer.

Marie Fredriksson and Per Gessle were already established artists before coming together to form a duo-rock-band - Roxette. Fredriksson has a number of solo albums to her name.

Marie Fredriksson was diagnosed with a malignant brain tumor. The cancerous tumor was removed, but months of chemo and radiation treatment left the singer physically weak.

The cancerous tumor treatment almost left the singer blind in one eye, following which Marie withdrew from public life.

After the singer was diagnosed with a brain tumor, Marie Fredriksson announced her retirement from the band.

Swedish people mourned after the announcement as it was rather hard for them to say goodbye to the band which captivated the soul of so many people around the world with their great music.

Marie Fredriksson being diagnosed with a cancerous brain tumor, followed by multiple chemotherapies and radiation treatment, the singer was pretty much left devasted physically and mentally.

Of course, the pain itself is unbearable and mental torment that comes with it is unfathomable by a normal person. The singer fought through all of it, and she said painting helped her beyond imagination.

After withdrawing from public life, Marie Fredriksson turned into painting as she underwent extensive rehabilitation.

Seven years later, Marie Fredriksson surprised the audience in Amsterdam; the singer joined the former band-mate Per Gessle while he was performing on his solo tour and surprised her fans.

Marie said she was nervous being on stage after seven years, the singer continued, "When we're standing there together, suddenly it, you know, just -- it was like the old days." The singer who was all frail and quiet backstage, all of a sudden became commanding onstage.

We can tell this in confidence, performance, and audience are like medicine to her, and the singer credits them with helping her recover. All the fans were excited to see Fredriksson back, band back in the spotlight.

Gessle added, "It's a miracle that she survived, and it's an even bigger miracle that she's still here, touring, 19 months. Even her doctor said it wasn't possible. But she's doing it, and it's just fantastic."

Unlike many other bands or singers, Roxette is not out to promote their new song or an album; instead, each night they come out to give fans what they want, the early hits. And the singer further said reconnecting with old fans through old song is a new experience.