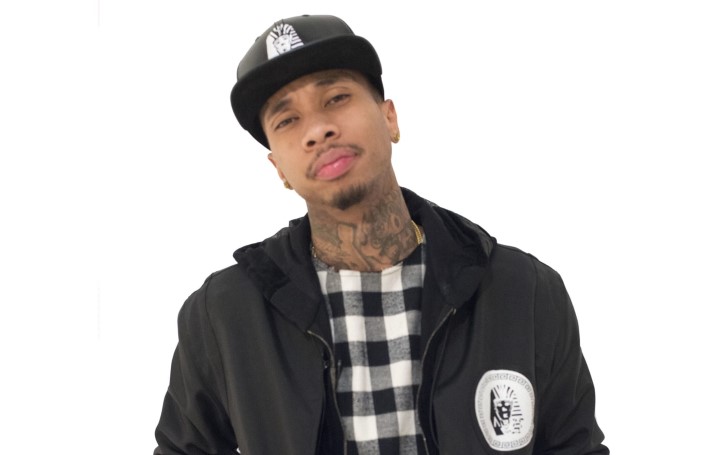 US Rapper Tyga flaunts his new hairstyle for his upcoming music video and Twitter couldn't resist but troll him.

In case you didn't know American rapper Micheal Ray Stevenson, known as Tyga by his stage name got a new makeover for his upcoming music video that features fellow rappers including Blueface and YG.

Only four days ago, shortly after Forbes announced his ex-girlfriend Kylie Jenner as the youngest self-made billionaire, Tyga shared an image on his Instagram that showcased the rapper flaunting his all natural hair in a white suit.

By the look at the picture, it's certain he got rid of his long & thick braids. And ever since he dropped the picture, the internet can't seem to stop but make fun of his loose natural hair. 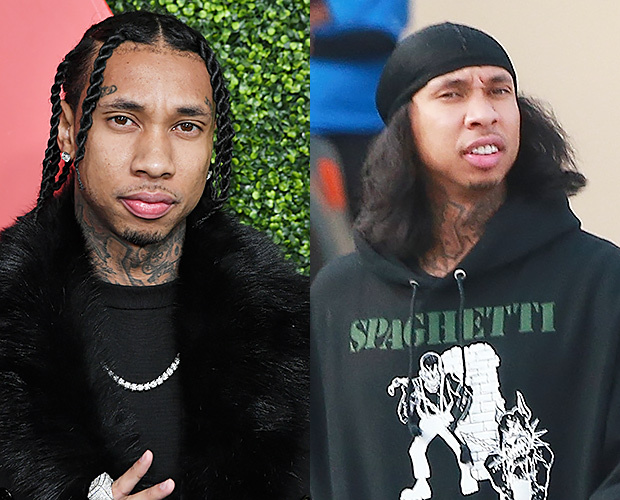 Wait, all the teasings didn't stop there until a recent video of Tyga surfaced on the internet including the sneaky video of the rapper filming his new mv.

You may also like: Louis Tomlinson Speaks About His Strained Relationship With Zayn Malik

In one of the surfaced video, the rapper is seen rocking his new silky and shiny shoulder-length hairdo whilst his hairdresser combs his hair countless times.

.@Tyga is turning heads after switching out braids for his natural hair. pic.twitter.com/h9gyBGIdxD

However, not everyone on the internet slanders his new hairstyle. Whilst some of his fans claim he looks unrecognizable, some fans pointed out his silky hair inspired them to get the similar haircut.

Check out how Twitter reacted to the 'Taste' singer:

When he turned around and it was actually tyga pic.twitter.com/SoUCHy64kV

Tyga looking at his mentions pic.twitter.com/gjauWcpUhT

Barber: what chu want fam
Tyga: you know that alien that looked for stitch
Barber: pic.twitter.com/d9jux7Z1i0

TYGA really out here looking like this huh pic.twitter.com/0DJRb32Sb1

This Tyga in the car😂😂😂 pic.twitter.com/9i3DVniE8o

hey yaaaa why does tyga now look like the lead singer of outkast pic.twitter.com/Hqup8Wyrqw

@Tyga don’t think we don’t know where you got that hairstyle pic.twitter.com/uo4Z9foTvs

Tyga is making me wanna cut my hair and get it done. Thanks man pic.twitter.com/paedpjKURx

Glad to see Tyga is taking the news about Auntie Kylie being a billionaire well... pic.twitter.com/pcSC9fzfhz

Tyga reading all these comments on his new hair style like. . .😂 pic.twitter.com/91JWBucQ4P

Meanwhile, as Tyga sets to perform at ARIA Resort & Casino in Las Vegas on 15th March, fans can expect to see his straight hair live. Well, only if he decides to let them down and free.